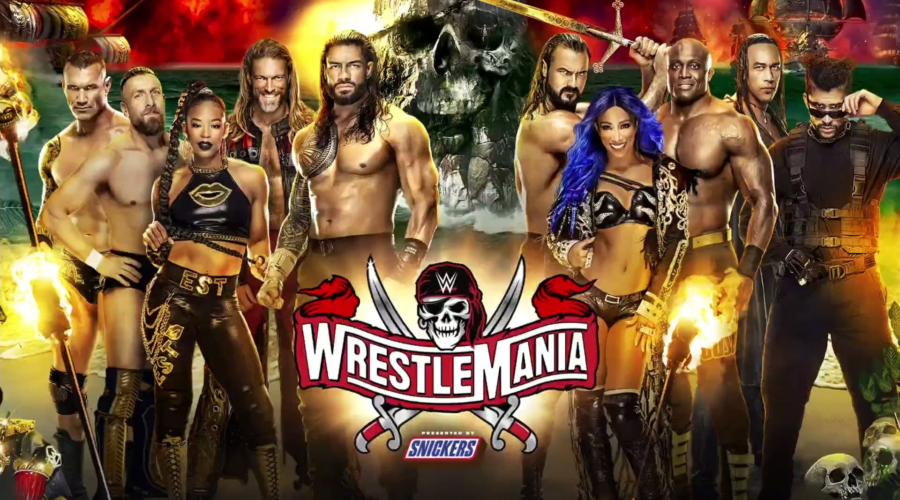 Next:
WT Fan Post: How We (Nearly) Made It To WrestleMania 36

We are just days away from WWE WrestleMania 37 kicking off from Raymond James Stadium in Tampa Bay, Florida, with WWE’s two night extravaganza the company’s first event in front of fans in over a year.

With more than 25,000 live fans set to witness each night’s action, anticipation is beginning to reach fever pitch as we count down the days, hours, minutes and seconds to the biggest show of the year.

It’s going to be a far cry from last year’s edition which, due to the then newfound Covid-19 pandemic, had to take place behind closed doors in WWE’s Performance Center facility in Orlando, Florida.

Over in the US, the show will be WWE’s first WrestleMania on Peacock, after NBC bought the US right to the WWE Network for $1bn earlier this year. However, over here in the UK, the Network is alive and well and will be where British fans can tune in to enjoy the action on both nights.

‘Mania takes place on Saturday 10th and Sunday 11th April, with each night beginning at 1am for us night owls in the UK staying up to watch the action.

HOW CAN YOU WATCH WRESTLEMANIA 37?

First things first, before bell time on the main cards each night, the official WWE WrestleMania 37 Kickoff show will be available on the WWE Network, WWE.com, the WWE app, Twitter, Facebook, YouTube and Twitch at 11pm.

As for the main show, the aforementioned Network is your best bet, but if you aren’t yet subscribed, you can also hit up BT Box Office.

WHAT MATCHES ARE ON THE WRESTLEMANIA 37 CARD?

With ‘Mania only a few days away, all matches are now locked for both nights in Tampa Bay, although, of course, cards are always subject to change and we know how much Vinnie Mac likes to spring those last minute surprises on us:

US Title: Riddle (c) vs. Sheamus

Plan your naps accordingly, because it’s going to be nothing but late nights all weekend…