Previous:
One to Watch: James Greenwood 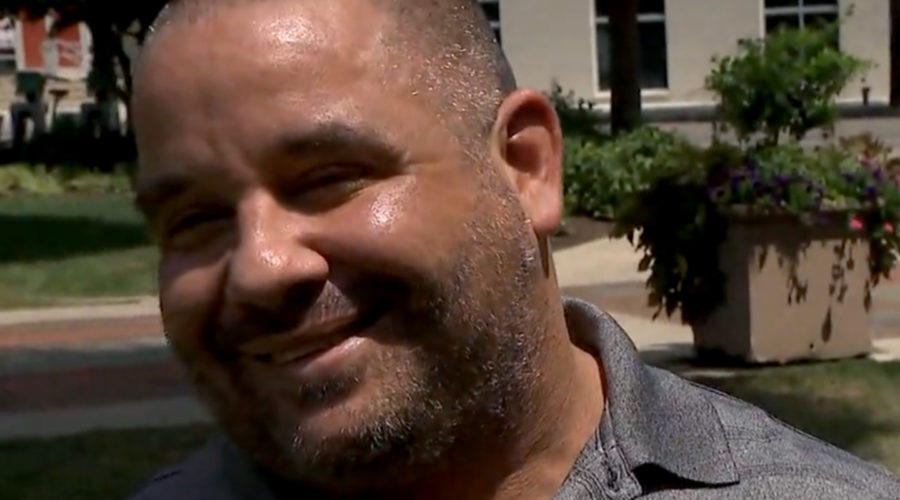 Next:
WWE Music: The Fiend - Let Me In

Manchester, England – Following the atrocities in Ohio on August 4th 2019, rumours circulated that the person who apprehended the shooter was independent wrestler, Jeremy Ganger.

Jimmy Wang Yang, former WWE superstar, heard the rumours and wanted to track down the hero to express his thanks and contacted Wrestling Travel to see how they could help.

Working together, they tracked Jeremy down and have invited him to the much anticipated Starrcast III in Chicago, on Labour Day weekend, August 29th – September 1st 2019, as a VIP guest so that the wrestling world can express its thanks and gratitude to its hero.

Dave Hancock, Executive Vice President of US Operations for Wrestling Travel said: “What happened in Ohio is truly horrific and our sincere condolences go out to all the families affected.”

“When we heard of the bravery that Jeremy Ganger had shown, disarming the shooter, we were absolutely overwhelmed with love and respect for what he had done.”

Lee McAteer, Founder of Wrestling Travel added: “Our passion is to support independent wrestlers so when we heard what Jeremy had done, we wanted to reward his incredible bravery and show the love and respect that the wrestling world has for him.”

“To be able to have him attend Starrcast III with Jimmy Wang Yang will be a huge honour.”

About Wrestling Travel
As a subdivision of award-winning Invasion Camp Group, Wrestling Travel is the market leading travel and media company, that facilitates the opportunity for wrestling fans from around the globe to attend the world’s greatest wrestling events. Based in Manchester, UK, Wrestling Travel are a team of like-minded pro-wrestling enthusiasts who have the ability to create bespoke packages, who go above and beyond to make the experience unforgettable for every fan. We organise; flights, hotel, transfers and event tickets, plus special meet & greets, whether it be from the UK, from North America, or around the world. Wrestling Travel has been featured on major international media outlets such as BBC & TalkSport.
More information visit www.staging-buroxoma.kinsta.cloud
Twitter @WrestlingTravel
Facebook @wrestlingtravel
Instagram @wrestlingtravel