One to Watch: James Greenwood 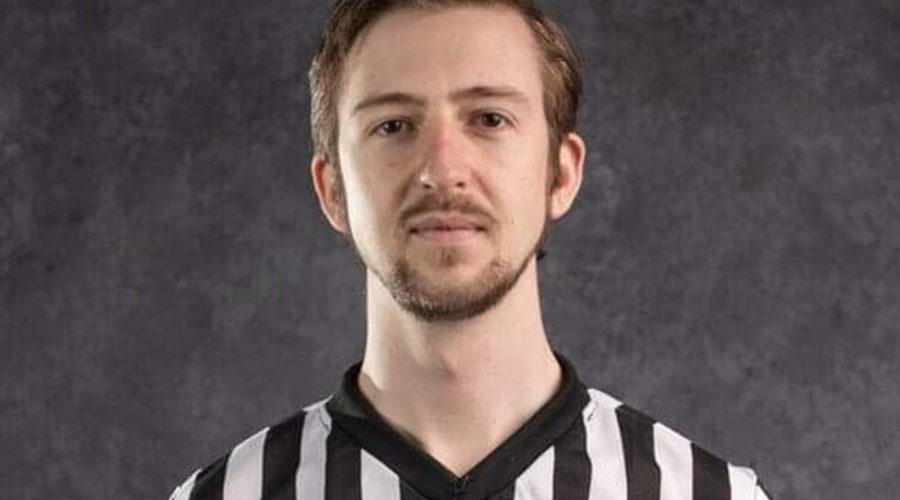 He is referee James Greenwood.

James started wrestling training when he was 27 at Fighting Spirit, He then debuted 2 months later as the referee at their debut show on 19th August 2017.

Since then it has been a rollercoaster of a ride for one of the busiest guys in Brit wres.

He had his first outside booking on 1st Feb 2018 at the Liverpool Echo Arena for 5 Star Wrestling. He was thrown straight into the deep end with an audience of over a thousand!

At the age of 29, he has had some amazing experiences as a referee,

The one that stands out was at Defiant, with Jimmy Havoc and Mark Haskins vs Chris Brookes and Kay Lee Ray. The match consisted of James being constantly knocked out before the bell rang so the wrestlers could brawl around the venue.

Another Jimmy Havoc match that is a favourite was against Sami Callihan in a Barbed Wire Bat Death Match for Impact Wrestling’s main event MediaCon 2018.

Another he mentioned was also one of my personal favourites, which was at Progress, Trent Seven Atlas Open Challenge answered by Zack Gibson as it lasted literally, bang on, 5 seconds, part of history as Progress’s shortest match.

One that’s most recent and very current, was at Wrestle Gate Pro PAC vs Hangman Adam Page for All Elite Wrestling a week before Double or Nothing. James says ‘it was utterly insane, The pop for when Page came out I’ll never forget!’

As well as being one of the best up and coming refs in the country, he has also held a wrestling title! He was Hardcore champion at Hope wrestling for 20 seconds! James pinned Los Federales Santos Jr with a sunset flip during a rumble match, but he was then knocked out with a forearm to the back of the head by Drew Parker while celebrating.

As part of these questions for this article, I always ask who people’s influences are. James has been Influenced by Charles Robinson from WCW when He was watching him as a kid and they both had matching blonde hair and he didn’t have to wrestle but he got to see all the matches closer than anyone and it was that reason he made him think He wanted to do that!

His ultimate goal would be to get a photo with all the refs at Wrestlemania.

‘I see it every year, just before the show they all get together and get a group photo on the ramp!’. He said.

Short term goals for this year was 400 matches and 100 shows which He’s currently on target for! He fulfilled one goal this year which was a cage match and was lucky enough to do that at Futureshock.

James also told me that he’d love to do an NWA title match, an Iron Man match, work in London and somehow work with Mr Kennedy/Anderson.

‘If someone wants to book Nick Aldis vs Ken Anderson in an Iron Man Match for the NWA title somewhere in London then I will work that show for free!’