What To Do In Dallas During WrestleMania 38 Weekend 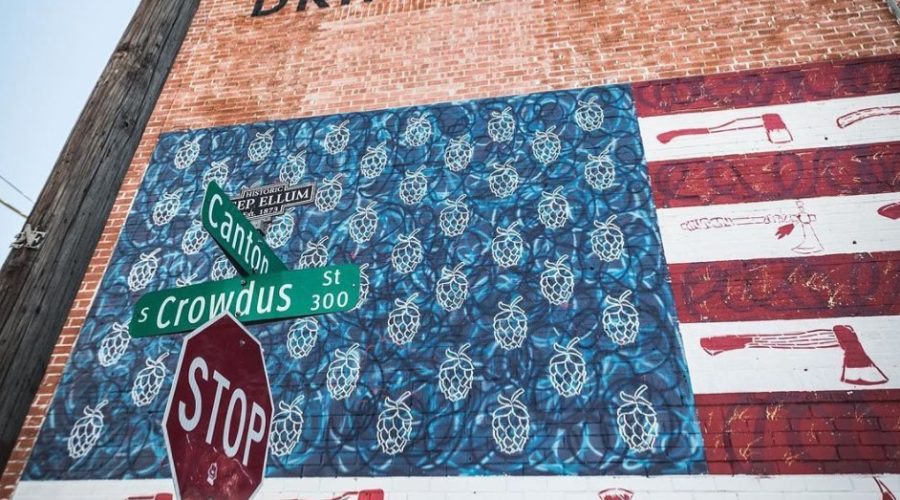 WrestleMania 38 in Dallas, Texas cannot come soon enough. We’ve endured over a year of shows sans fans and, even though this year’s ‘Mania in Tampa saw over 25,000 people in attendance on each night at the Raymond James Stadium, no international fans, including those from our Wrestling Travel community, were able to be there. April, 2022 will mark THREE YEARS since we were last able to run a WrestleMania package and we intend to make up for lost time.

Luckily, Dallas has no shortage of graps based history, being a hotbed for pro wrestling during the territory days, when the Von Erichs and the Freebirds were tearing up the Sportatorium for World Class Championship Wrestling. And of course, the AT&T Stadium, home of the Dallas Cowboys, hosted the biggest WrestleMania of all time just five years ago, when (allegedly, according to WWE numbers) over 100,000 people witnessed ‘Mania 32 in person.

Now, of course, during the days you’re in town for ‘Mania, you’re naturally going to want to consume as much wrestling as possible, whether it’s WWE based or otherwise. But in one of the United States’ biggest, most exciting cities, there’s also plenty of non-squared circle action to enjoy, from history, sport and culture to food and entertainment.

So what could you be getting up to in Dallas, next April?

The course of American History was changed forever at Dealey Plaza. After all, it was here, just overlooking the grassy knoll, where Lee Harvey Oswald pulled the trigger on perhaps the most infamous assassination in history.

All the context you could want about the assassination of John F. Kennedy is housed in the former Texas Schools Book Depository. As you work your way up to Oswald’s sixth-floor vantage point you’ll find out about JFK’s career and the landscape in the early-1960s, taking in the Civil Rights Movement and the Cold War. The murder itself is covered in great detail, with hundreds of photographs from the scene and analysis of the infamous film shot by Abraham Zapruder. Inevitably there’s also background on the myriad conspiracy theories swirling around the assassination, to the point where even obsessives may pick up a new titbit.

If you find yourself a bit worn out on live wrestling, how about some live music, great food, awesome bars or one-off shops?

Deep Ellum is the place to go for all of this and more. This has been Dallas’ go-to entertainment district since the 1880s, and blues legends like Leadbelly, Bessie Smith and Blind Lemon Jefferson all entertained the crowds in this neighbourhood in the early 20th century. The lineup of clubs and live venues is too long to list here, but features Trees Dallas, played by Radiohead, Nirvana, Arcade Fire and Pearl Jam. For concept bars you’ve got a slew of craft breweries and distilleries, and the trailer park themed Double Wide. By day you can check out the street art and pick from ramen, tacos, sushi, or southern comfort food for lunch.

This former warehouse near the historic West End District of Dallas houses a lot more than just fish.

Since it opened in 1992, Dallas World Aquarium has seen millions of visitors flock there every year and will likely see plenty more during WrestleMania 38 in Dallas. Their Mundo Maya exhibit keeps ocelots, American flamingos and a variety of colourful birds and owls to go with its vibrant angelfish and axolotls. The upper floor is taken over by a reproduction of the Orinoco Rainforest, inhabited by sloths, giant river otters and primates like pygmy marmosets and red howler monkeys, as well as dwarf caimans, poison dart frogs, toucans, mata mata turtles and electric eels. Outside the South Africa exhibit keeps a playful colony of black-footed penguins, numbering only 50,000 in the wild, who may even provide more entertainment than all the in-ring action put together over this week.

This is most definitely one for all you thrill seekers and coaster heads out there.

If you’ve seen enough super kicks, Canadian Destroyers and Tope Suicidas for one day, you’ll find plenty of high octane action out in Arlington, where Six Flags houses some of the wildest rollercoasters and thrill rides in the world. How does Harley Quinn Spinsanity, a first-of-its-kind ride with gravity defying flips, twists and turns, sound to you? Or maybe you’d prefer El Diablo, the world’s largest loop coaster? Or the Batman ride? Perhaps you’d prefer to go from zero to chill in seconds flat on Mr Freeze: Reverse Blast? Although if none of these superhero themed attractions sound like your cup of tea, there’s always the New Texas Giant, which comes complete with an adrenaline rush as big as the Lone Star State itself.

The pit-smoked food at this restaurant in hip Deep Ellum is absolutely out of this world – as evidenced by the lines out the door, round the corner and into the parking lot. WrestleMania 38 in Dallas simply won’t be complete without a detour here at some point during the week. The handmade jalapeño sausages and beef brisket with southwestern seasoning are insane. If you’re a carnivore, don’t miss this place or you’ll never forgive yourself.

If you want a little less ‘sports entertainment’ and more just ‘sports’, then the Texas Rangers can offer you a slice of Major League Baseball during the first week in April, more often than not.

With the MLB regular season generally beginning around the back end of March/beginning of April, there’s a good chance the Rangers will be slugging it out at Globe Life Field during one day of your trip to Dallas. Competing in the American League’s West Division, the Rangers may never have secured a World Series title, but they did reach the Series in 2010 and then 2011, coming up short both times to the San Francisco Giants and St.Louis Cardinals, respectively. There aren’t many better sporting days out than a few hours at the baseball with a few beers and some incredible ballpark food, so this comes highly recommended.

Of course, if you just want to immerse yourself in all things graps over ‘Mania week, we won’t blame you one bit, as WrestleMania 38 in Dallas is shaping up to be the biggest ‘Mania week of all time. After all, by 2022 we’ll have a whole lot of time to make up for.