Previous:
The Man In Black (And White) 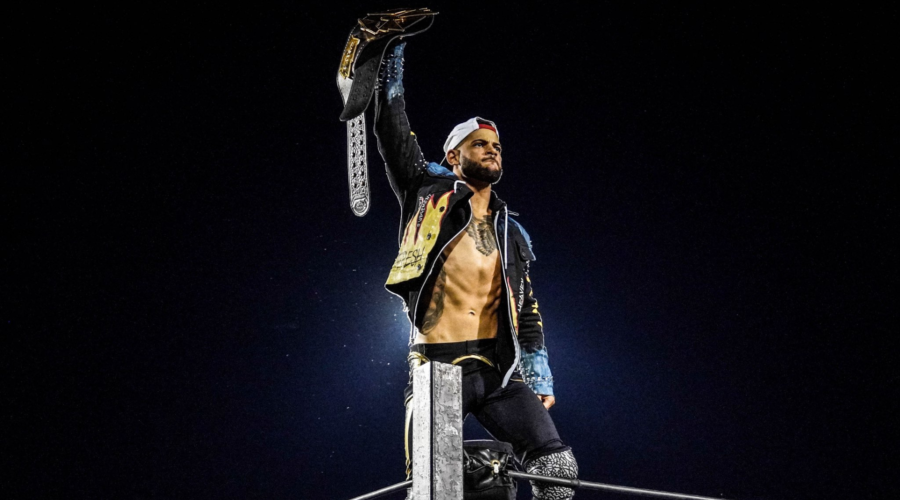 It’s POSSIBLY an understatement to say that pro wrestling has been through the wringer over the past 16 months. Many promotions have either not had their shows see the light of day or have simply worked without fans or with extremely restrictive social distancing safety measures in place. It’s been rough. But one promotion is coming out of the other side of Covid-19 seemingly stronger than they went into it.

Warrior Wrestling, out of Chicago Heights, Illinois, was still in it’s relative infancy when the world closed down last March, having only debuted in 2018. However, with youth comes hunger, and the upstart promotion were not taking no for an answer last summer when they ran their 2020 Stadium Series out of Marian Catholic High School over three action laden weekends in September, culminating with Trey Miguel dethroning Varsity Blonde Brian Pillman Jr to win the Warrior Wrestling Title.

And with last year’s overwhelming success still fresh in fans’ minds, Warrior went ahead and booked Stadium Series Two: Electric Boogaloo (OK, it’s not called ‘Electric Boogaloo’ but either way, we’re excited) for three huge dates this summer, the first of which was last Saturday, 5th June, back under the lights of the Marian Catholic football field.

The next two parts of the trilogy will take place on 17th July before an as yet to be announced date in August.

And it’s safe to say night one set the tone for what we’re positive will be a barnstorming three acts.

Not only did Internet Champion, wrestling figure obsessive and Nick Gage’s new best friend Matt Cardona show up to score a victory over Sam Adonis, but we saw Frank The Clown pull a full blown ‘Clash of Champions’ Naitch and arrive in a helicopter (albeit with much less swag and glamour than the 16 time World Champion) as well as the first ever Warrior Wrestling Lucha Libre Champion being crowned, with Aramis winning a jaw dropping War of Attrition match to claim the inaugural title in a bout that also included the likes of Laredo Kid and Black Taurus.

Elsewhere on the card, ‘The Virtuosa’ Deonna Purrazzo reigned supreme over Ray Lyn, Jake Something shot down Warhorse, Beast Man won a titanic HOSS battle over Kongo Kong and Kylie Rae successfully defended her gold over Holidead. Meanwhile, Trey Miguel stayed on top of the mountain by also retaining over Lee Moriarty.

Over a week later and we’ve still barely caught our breath. Fortunately, we only have to wait just over a month for the second part of the trilogy, which will see Aramis defend his newly won Lucha crown against his mentor, Daga, while, hilariously, Frank The Clown is going to find out why ‘Everybody Dies’ when AEW’s own Lance Archer turns up for a no holds barred bout against Rob ‘Ego’ Anthony.

Oh, and as if that wasn’t enough, something very good, very evil is also on it’ way…

Utilising talent from across the world, including members of the AEW, AAA and Impact locker rooms, Warrior has rapidly become one of the pandemic’s great success stories, running shows that not only generate a ton of buzz, but never fail to deliver in the ring and, most importantly, put fans first, with all relevant, Covid-era health and safety measures in place so the audience can enjoy a spectacular show live and in the flesh.

Given the star power Warrior are continuously able to attract, the eyes that are being drawn to the next generation, the up-and-comers from the independents, is increasing constantly and everybody here at Wrestling Travel could not be more proud to be sponsoring the Stadium Series once again.

So roll on 17th July, back under those hypnotic lights, out on the field at Marian Catholic. We cannot wait for it.