The Man In Black (And White)

Previous:
Sonya Deville On What It Was Like To Become WWE's First Openly Gay Female Superstar 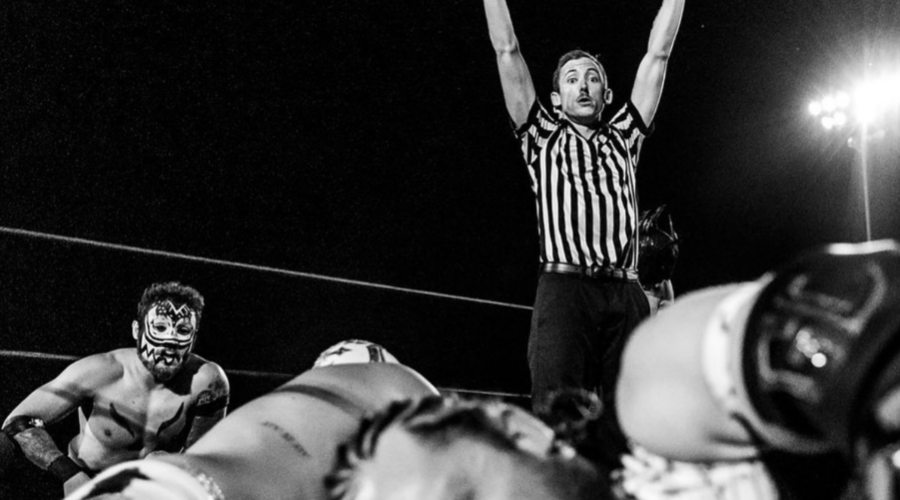 Given the dizzying feats of athleticism we see performed by professional wrestlers on a nightly basis, it’s often easy to overlook one of the hardest skills to master in the grap game – the art of refereeing.

In ring officials aren’t merely there to count falls, administer rope breaks or do the big ‘YOU ARE OUTTA HERE’ to a heel’s nefarious manager/bodyguard when banishing them from ringside. They’re also the extra eyes and ears the competitors need, passing on messages, watching out for the welfare of the wrestlers and adding realism to proceedings.

And at the moment, there are few refs doing a better job than The Man In Black (And White) – Dan Perch.

The Mid-Western official may be most familiar to you from his work with Warrior Wrestling, AAW, Black Label Pro and MLW among a myriad of other indie promotions.

Oh and, of course, you’ll have seen him turn up on our LockDown Sessions this time last year with our very own Justin Clapper (hey, go give him a follow why don’t you?).

Now, Dan is back for a rematch for the ages with JC, when he appears on his second session tomorrow.

It goes without saying that we are delighted to have Dan back on the show, given his sterling reputation within the independent scene, that continues to grow with each passing show he officiates. Well like and well respected, one look at Dan in action and on his social media accounts shows just how passionate he is about his work and how seriously he takes his craft.

If Dan continues on his upward trajectory, his ‘quest to ref a world’s championship match’ will be coming sooner rather than later.

We cannot wait to share Dan’s second LockDown Session with you all. It will be dropping in just under 24 hours over on our official YouTube Channel, so in the meantime, why not catch up with his first episode and like and subscribe while you’re there?