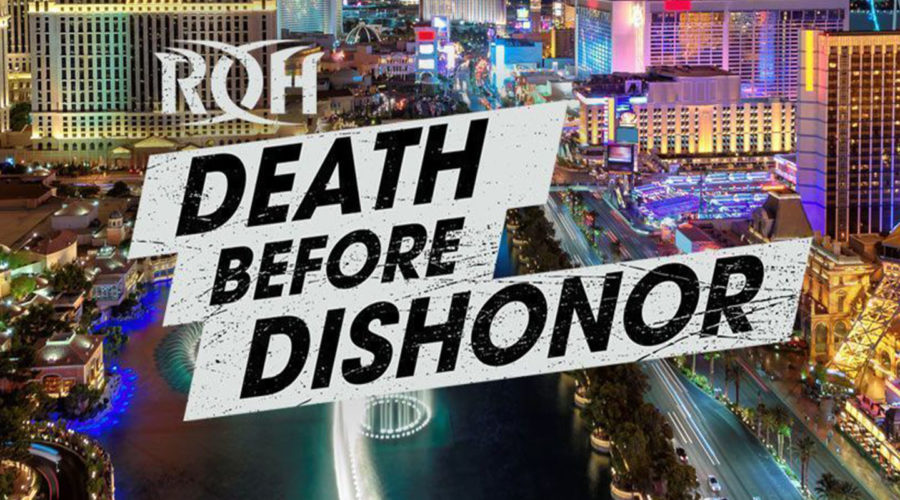 Next:
Getting to know The North American Lioness

I wanted to make sure that I hit my usual haunts as well as checking off a couple of bucket list items while I was in town. Between the transcontinental flight from Orlando to LA and a 4-hour drive to race the sunrise to Las Vegas, and getting ready for the Ring of Honor Death Before Dishonor show-related events, our sightseeing time was quite limited. Aside from the show, there were only three Must Do things on my list!

There is so much to see and do in Las Vegas, so the biggest challenge is prioritizing where I want to go without monopolizing the itinerary. A helpful way to do this was taking some solo time for myself while the group was exploring Miracle Mile. Yes, it is possible to take individual side quests while on a group excursion, especially if the entire party isn’t down for what you have in mind. A group trip doesn’t mandate that everyone spends the entire trip together. Personally, the time I took reminded me of when I would lose myself in a city while flying and allowed me to give in a little more to my wanderlust.

The Orleans Hotel & Casino – With the show venue being attached to this hotel, we were lucky to snag an affordable room. Our group split a deluxe Queen with two beds and a sofa. With the short stay, I didn’t have time to hit the casinos or all the different restaurants, but my saving grace both mornings was the Java Vegas cafe in the lobby with Starbucks coffee and pastries as big as my face. While it is off the strip, there is a shuttle that drops off near The Linq at Caesar’s Palace. Even with a short stay, the staff was fantastic and efficient. The only thing that took some getting used to was the indoor smoking. I hope it isn’t another four years before I can stay with them again.

Las Vegas Fight Shop –  Even when I was flying to Vegas, I never made it to LVFS. Since this girls’ trip was wrestling-centric, we decided to make it a point to not only drop by but to go shopping and bring home our special trip souvenirs. I’m a little sad I missed out on the So Cal Uncensored meet and greet the day after DBD, but we had to hit up the NJPW LA Dojo. I wouldn’t have minded running into SANADA and EVIL from Los Ingobernables de Japon while I was out buying my new SANADA x Tokyo Hiro t-shirt.

Sin City Brewing Company – Unbeknownst to me, I had one ever been to the Harmon Corner location of SCBC, so imagine my surprise when I discovered that the one I always went to was not the flagship location! This time around, I took a break for a quick pint of Say Hello to Amber Oktoberfest at the Miracle Mile location to beat that desert heat! I wish I had more time to enjoy another pint, but I finally bought a pint glass to add to my collection!

Welcome to Fabulous Las Vegas Sign – It’s been a long time coming. I’ve tried for years to get back to Vegas so I could take a photo with this iconic sign, but it was even better going there with my gal pals! There is a slight wait to get a shot directly in front of the sign, but totally worth it! If you look closely in the background, you see 58 white crosses. Local retiree, Greg Zanis, set up a memorial honouring those lost in the Mandalay Bay shooting on October 1, 2017, naming the instalment Crosses for Losses.  Being from a city also devastated by a shooting, having the angels in the background serves as a reminder that we need to be better to one another.

With Ring of Honor Death Before Dishonor starting at 6 PM due to the Pacific time zone, we headed back to the hotel in the early afternoon so everyone had time to freshen up and unwind before the show! Even with drinking heaps of water, I forgot how the desert heat can wear me out. While I still have yet to attend a big show or concert in Vegas, I’m just glad that there are things still left to do for the next time I’m in town.

What are your must-see locations and wish list items for Las Vegas?