Getting to know The North American Lioness 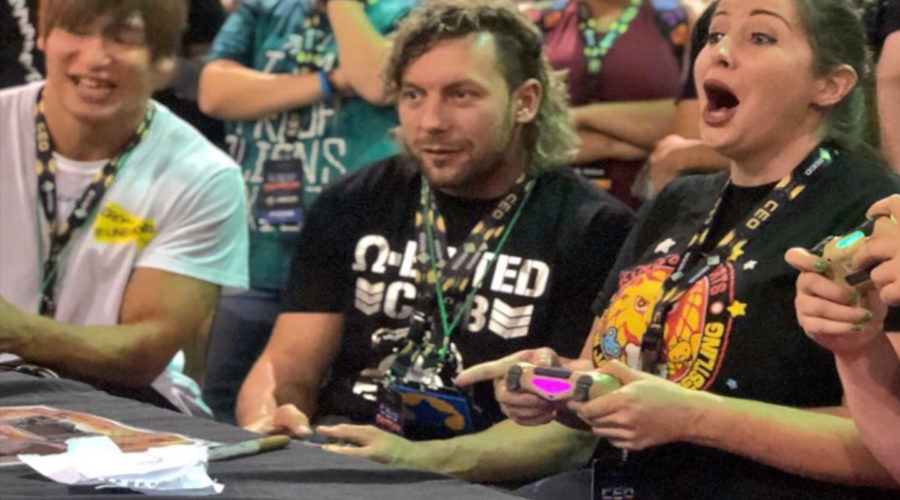 Next:
The WT Manchester Meet Up with Jeff Jarrett

My name is Karen and I am so grateful to be one of Wrestling Travel’s U.S.-based contributors!

Allow me to give you a little bit of my origins story and what I hope to achieve as part of the WT family!

Allow me to introduce y’all to what I am all about!

I am an American as well as a Canadian. I was born in New Jersey, raised in south Florida, and now calling Orlando home. I am a first-time homeowner and single dog mom cultivating a geek chic lifestyle. I have a personal blog, Karen Nerds Out, where I talk about being nerdy and over thirty.

About Karen Nerds Out

My personal blog focuses on all of my different interests, focusing primarily on nerd culture as a woman in her late thirties. As of late, my content has become wrestling-centric, which is why I am glad to now be a part of the WT team! When I am not making towns, I also stream gameplay on Twitch and throw wrestling-related watch parties.

From 2003-2008, I lived in Tottori, Japan, where I worked on the Japan Exchange and Teaching (JET) Program. I taught English as an Assistant Language Teacher (ALT) in local high schools for four years.  In my fourth year, I took hiatus from high school life, shifting gears to elementary school. Then I moved to Tokyo, where I worked for a private English conversation school for six months. I studied Japanese calligraphy, kimono, tea ceremony, and developed a penchant for Japanese pop culture. My Japanese language ability has been put to work in subsequent jobs since returning home. It’s been over four years since I’ve visited my second home, so the itch to pack a bag and hop a plane is very, very real!

I grew up in an airline family and as a dual citizen, so wanderlust is in my DNA. I studied in Rome, Italy as a university student, worked in Japan for five years, and I spent several years working as a flight attendant for one of the largest US-based international carriers. My list of places to visit and revisit is ever growing. When planning vacations, I do my best to seek out local businesses and sights, which can’t be replicated in my own stomping grounds.

Susan Sontag said it best: “I haven’t been Everywhere, but it’s on my list!”

I watched the Monday Night Wars unfold in real time as a university student but stopped by the time I departed for Japan in 2003. Unfortunately, this resulted in my completely missing out on learning about Japanese wrestling while living in Japan! It wouldn’t be until 2014 when I received an annual WWE Network subscription that I would truly fall back in love with wrestling, especially NXT.

My eyes were opened during WrestleMania 33 week in my City Beautiful, Orlando. I had no clue as to the massive scope of professional wrestling outside of WWE. I am still relatively new to international and independent promotions, but my interests globetrot from all over North America across the Atlantic to the UK and across the Pacific to Japan and Australia.

This Alice is perfectly fine falling deeper and deeper down the wrestling Rabbit Hole!

Talk about combining two of my passions in life! For those around Florida, you’ve probably seen me at the NXT Florida loop house shows. For those paying close attention to NXT, you might be able to spot me in the audience as one of the loud and proud regulars.  After a girls’ road trip to WrestleMania 34 in New Orleans, I swore to myself that it had been my big travel treat for 2018. I enjoyed a fantastic staycation in Daytona Beach with CEO x NJPW, but I promised myself no more destination travel for the rest of the year.

A week later, NJPW announced Fighting Spirit Unleashed in southern California, promptly throwing that promise out of the window. It spiralled to Las Vegas as Death Before Dishonor was announced the same weekend. What’s a four-hour drive among friends when ten was completed earlier in the year!? Now, a bucket list entirely of destination wrestling shows is rapidly taking shape! What is a girl to do?! Until I pack my rollaboard up for my next big adventure, I’ll fantasy booking my wrestling travel around the world and live tweeting shows from the comfort of my own couch.

Pour your favourite beverage and join me!