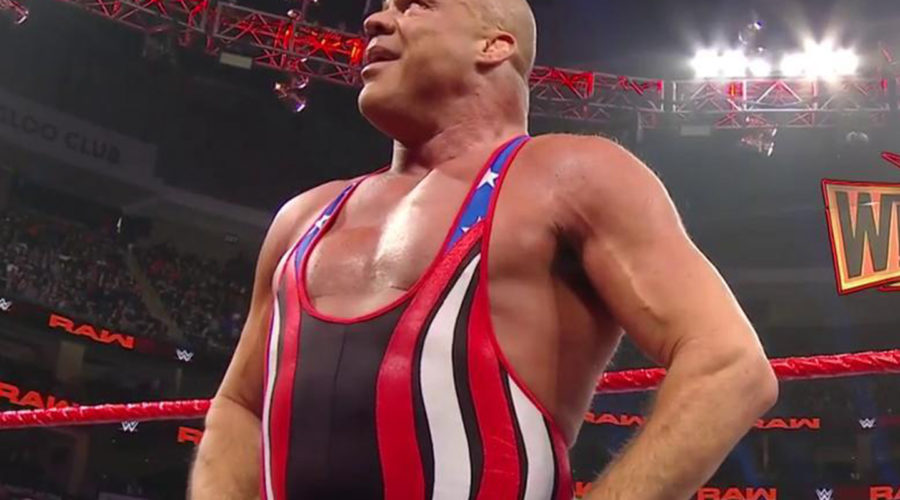 Next:
Triple H set to clash with Batista at WrestleMania

WWE Hall of Famer Kurt Angle continues to talk about his decision to retire from pro wrestling at WrestleMania 35 next month, which is the biggest event of the year for the WWE.

He revealed the news on Monday’s episode of RAW in Pittsburgh, PA, which led to him wrestling his final match in front of his hometown crowd when beat Apollo Crews in a singles bout.

On Tuesday, after taking some time to further think about the decision, the former WWE Champion took to his official Instagram account where he wrote the following:

“I want to thank my hometown, Pittsburgh, for the incredible reception I received on Raw last night. I couldn’t think of a better place to announce my retirement. Thanks to @apollowwe for stepping in the ring with me for my final match in Pittsburgh. It’s on to Wrestlemania, and regardless who my opponent is, I feel like I’ve already won my farewell match because I know that every WWE fan will be cheering for me. I’m very grateful for the amazing career I’ve had, but it’s time for me to step down and move on. Wrestlemania will be a very emotional night for me, but I will enjoy every second of it. Thank you WWE Universe. #itstrue.”

As of this writing, his opponent at this show has yet to be announced. WWE presents the WrestleMania 35 pay-per-view event on Sunday, April 7, 2019, in East Rutherford, NJ at MetLife Stadium