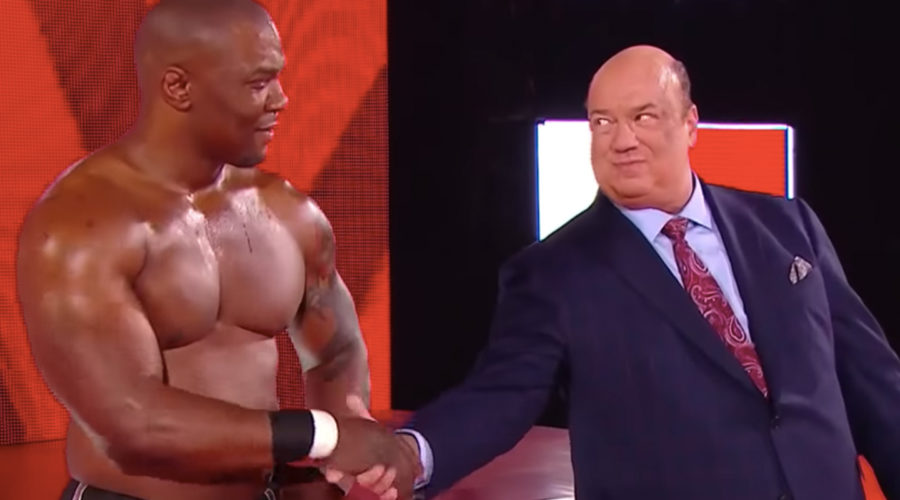 Next:
Kurt Angle set to retire at WrestleMania 35

Shelton Benjamin is back on World Wrestling Entertainment (WWE) TV after a surprise appearance on RAW this Monday.

This is Benjamin’s first TV appearances since entering the Royal Rumble in January.

Attacking Seth Rollins and then facing him in a losing effort seems to be his only purpose on Monday, however, I think there could be more to come from him if he remains on the red brand.

Despite being 43-years-old, Benjamin still possesses great agility, ring-presence, strength and knowledge – all traits that could see him be an excellent mid-career for the next few years.

To just randomly appear on RAW and help Paul Heyman is big for any superstar and despite losing to
Rollins – which was inevitable, Shelton showed he can still compete with the best.

This leads me on to his build-up to WrestleMania and after.

Facing Seth is one thing, so why not continue on this ‘temporary alliance’ with Heyman and distract Rollins more?

How he could do this is by attacking former Shield brothers – Dean Ambrose and Roman Reigns.

Though the three have said they are going their separate ways, it would always be in the back of Seth’s mind that they’re his friends and no-one messes with them. This angle would then lead to Rollins calling Benjamin out and being ambushed by Brock Lesnar.

Another way you could continue his run on TV is by beating Apollo Crews next Monday and then demanding to be the one who faces Kurt Angle at WrestleMania. Benjamin and Angle have a history and could put on an excellent match at the Grandest stage of them all.

However, if this is just a one-off attack then he should still be kept on the brand to face the likes of Finn Balor, Apollo Crews and Dean Ambrose. I feel he could give them all great matches and whether he wins or loses, he will help the next generation of superstars.