Previous:
Slammiversary XVII to be held in Dallas, Texas 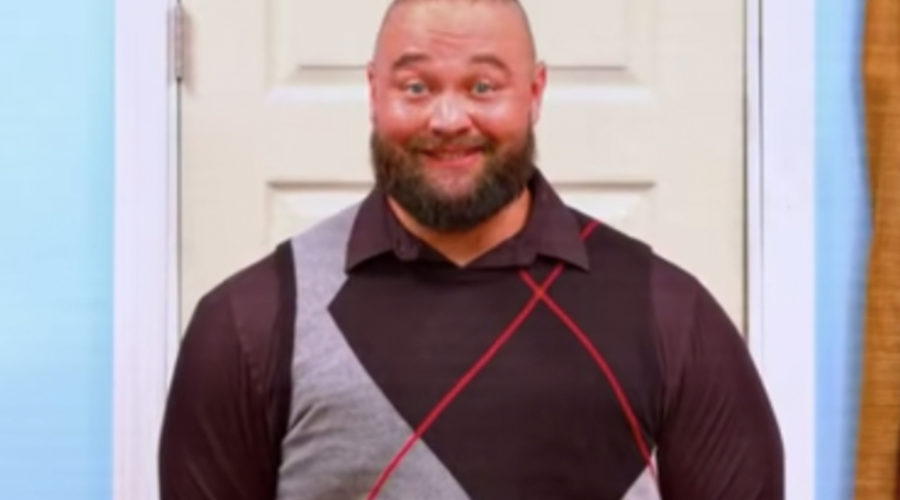 We knew something creepy was going to happen on Firefly Fun House last night, and sure enough, something did. I don’t mean the fact that Ramblin’ Rabbit is back from the dead with a suitably Beric Dondarrion-esque bandaid over his eye. The big reveal of the segment was the look of Bray’s new “dark side” persona, a terrifying masked clown with a stretched out a smile. We don’t know exactly what comes next, but it seems clear that this dual identity will enable him to play an intimidating character who can wrestle matches, while also maintaining his sweater-wearing kids’ show host persona.

As for the mask itself, it’s somewhat reminiscent of recent takes on the Joker, as well as a monstrous clown from American Horror Story. It still kind of has its own thing going, however, with the big jowls, the way the lips stretch over the teeth, and the way Bray’s real mouth shows underneath, enabling him to talk. Creepy as it is, it’s a pretty strong design.

It turns out there’s a reason for that: the mask was designed by Tom Savini’s team, as the man himself revealed on Twitter:

For those who don’t know him, Savini is best known for doing makeup and other effects for movies like Dawn of the Dead, Day of the Dead, Maniac, and Friday the 13th. He’s also an actor in Dawn of the Dead, From Dusk Till Dawn, and Machete, among other films, and he directed the 1990 remake of Night of the Living Dead. The fact that he was contracted to custom-design this mask is very encouraging as far as how committed everyone is to this gimmick.