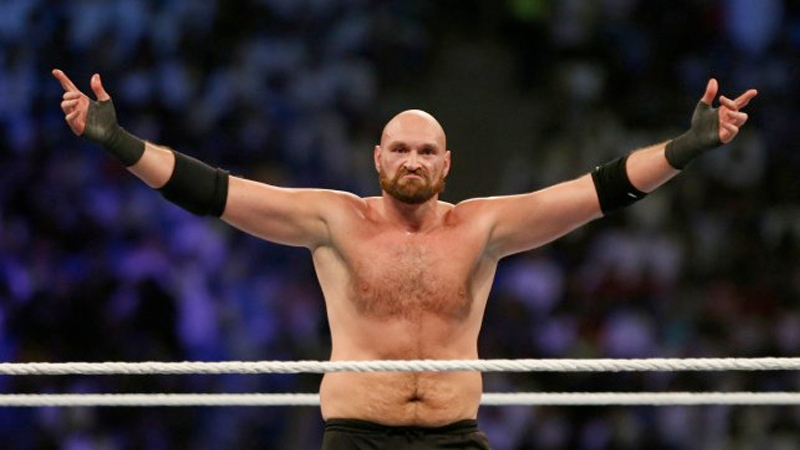 After his appearance in Riyadh, Saudi Arabia beating Braun Strowman, Mr. Undefeated in WWE is ready to step into the squared circle once again, this time at the biggest show of the year for an even bigger challenge.

Fury confirmed his intentions, on this week’s edition of ‘After The Bell’, the official WWE podcast hosted by Corey Graves. Tyson Fury is also confirmed for this Friday’s edition of Friday Night SmackDown in Manchester, England.

This would be a humongous match and a rare spectacle on the biggest stage at WrestleMania. ‘The Gypsy King’ vs. ‘The Beast Incarnate’, former Boxing champion vs. former MMA & Pro-Wrestling Champion. The stakes would be huge, and the drawing power would be phenomenal.

Who would you back to be the King of Combat Sports: Tyson Fury or Brock Lesnar?