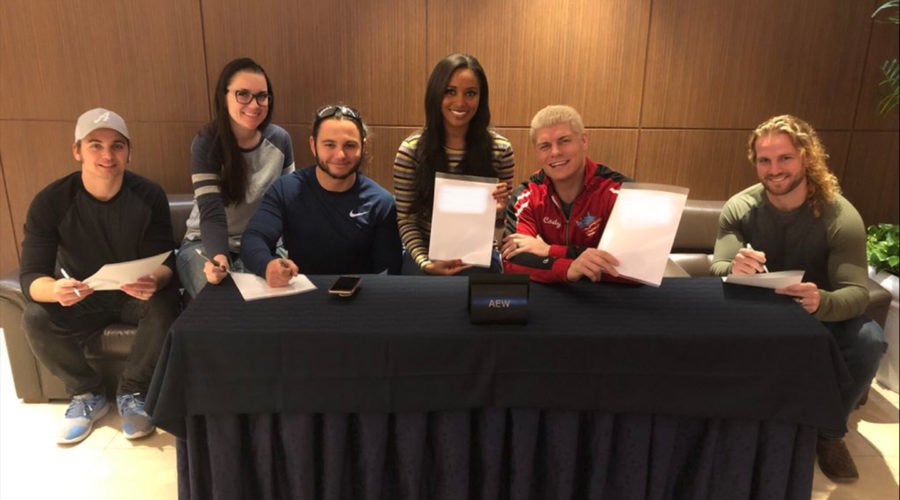 Next:
Double or Nothing update coming January 8th

On Tuesday night, Cody Rhodes issued a statement regarding the new venture.

Dustin Rhodes, Cody’s older brother, congratulated him on following in their father’s footsteps.

Want to take this time to say just how proud I am of @CodyRhodes . My brother has everything our father had. He has learned so much about being a wrestler, a business man, and an entertainer. He will bring it, in this huge venture he has created. #BestOfLuck #AEW. Love ya brother

With the formation of All Elite Wrestling, this dream match is more likely to take place in AEW than WWE.

Finally, the official Twitter account of All Elite Wrestling posted a photo of what appears to be Cody and Brandi Rhodes Rhodes, The Young Bucks and Hangman Page signing their AEW contracts. Matt Jackson of the Young Bucks joked that he and Nick were free agents for about 12 hours, confirming Dave Meltzer’s report that the Bucks were unsigned when the AEW announcement was made at midnight on New Year’s day.