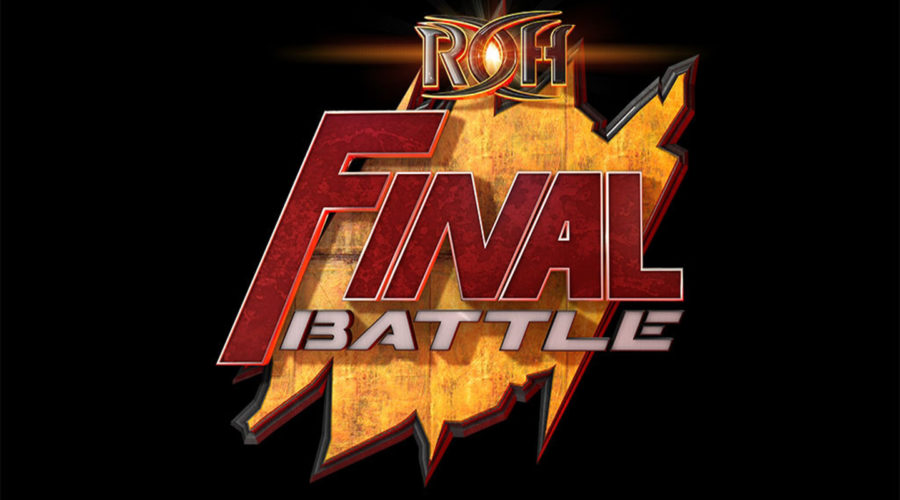 Before the match could even begin, Kenny King cut a promo about how Eli Isom is from the ROH Dojo. King said he doesn’t like “new school”, he likes “old school”. Then King started the match by hitting Isom on the head with a microphone.

King got the early offense in after attacking Isom before the bell. The youngster fought back and was able to get in a fair amount of offense in. King looked like he had the 3-count after a springboard blockbuster but picked his opponent’s head up before 3. Isom then got some near falls from pinning combinations but King then hit him with a fireman’s carry driver for the win. King then neglected to shake hands with Isom after.

IMO, this was incredible. Both guys wrestled as babyfaces and the crowd was somewhat divided between them but popped for each guy’s big moves. They both unloaded their extensive offensive arsenals on each other leading to the finish. Page hit a Buckshot Lariat and went for the Right of Passage but Cobb reversed. Cobb then went for a Tour of the Islands but Page countered into a backslide for a nearfall. Page then went for the Buckshot Lariat again but Cobb countered into the Tour of the Islands. Cobb then gave him another one just for good measure and got the pin.

Sumie Sakai hit Smashmouth on Madison Rayne but Klein kicked the champ out of the way and got the pin on Rayne herself. It’s now down to just Klein and Sakai for the belt.

Sakai looked to have retained when she hit Smashmouth but Klein kicked out at 2. Klein got a near fall with K Power and again with a power-bomb. She would then deliver a super K Power from the turnbuckle and got the pin to win the title.

This was the type of technical masterpiece you would expect from these two. After a match’s worth of exchanging submissions and grappling, ZSJ scored a 3 count on the octopus with a pinning-bridge combination.

ZSJ didn’t follow the code of honor after the match and Cabana talked about how arrogant he is.

TK O’Ryan forced the ring announcer to announce Taven as the real ROH World’s Champion. He even said the title was on the line in his match against Castle.

Castle came into this match all bandaged up. His 2018 has been about injuries, unfortunately. At one point in this match, Taven absolutely impaled himself on the guardrail from a suicide dive to the outside. TK O’Ryan broke up a pin by throwing one of the boys onto Dalton and subsequently was sent to the back. After that, Taven reversed the Bangarang and moments later hit his impaler DDT for the win.

The story here is if Daniels wins he gets Scurll’s title shot he earned from winning Survival of the Fittest. Daniels needs to win or he’s gone from ROH. Joe Koff said at Final Battle last year that his contract would not be renewed in 2019, so he had a year left. The story leading up to this match for Daniels has been that he needs to earn the title shot in order to receive a new ROH contract.

The finish of the match came when Daniels hit the Angels Wings but wasn’t able to connect his hands on it because Scurll had done his finger-breaking spot earlier. Scurll was then able to kick out of the weakened finisher. He then got his knees up as Daniels attempted the Best Moonsault Ever. Daniels kicked out of Graduation but then Scurll locked in the Chicken Wing and Daniels tapped.

Daniels got a “Thank you Daniels! SCU!” chant after as his ROH career is supposedly finished.

Bully Ray then hit the ring and gave Daniels a low blow. He did this likely because he is a bully. He then called out Flip Gordon.

Gordon made his way through the Hammerstein during his entrance through the crowd just like the Sandman used to.

Bully tried to get the victory by picking up Flip’s girlfriend who was sitting in the front row and threatening to powerbomb her through a table. This caused Carey Silkin to hit Bully with a kendo stick to break stop him from doing it.

Flip almost got the submission with a crossface with a kendo stick with an American flag attached but Silas Young interfered. Colt Cabana also made a run in and then the lights went out. When the lights went back on the Sandman was standing with a beer and kendo stick! He took out Young, who had defeated him on ROH television in the build-up to this match. Flip then started repeatedly laying in kendo shots to the back of Bully Ray until he quit.

Cody wasted no time making sure he was the heel in this match. He cut a promo telling the fans if he loved them (the fans) he’d be on the Madison Square Garden show. Then he faked a knee injury.

So many things happened in this match. Lethal kicked out of the Cross Rhodes twice. Cody ducked out of a Lethal Injection by shoving Brandi in front of him. Hangman Page came out and rang the bell when Cody had Lethal in the figure-four. Page then gave the belt to Cody and ran away. The ref waved it off as Lethal had not submitted, however. That was strange.

The finish of the match came when Lethal gave Cody a series of super-kicks and then a Lethal Injection. Instead of going for the pin, however, he looked to go for the move a second time but Cody countered. Lethal then countered Cody into the figure-four leglock and Cody tapped.

After the match, Marty Scurll hit the ring and reminded Lethal he has a title match owed. NWA Champion, Nick Aldis, then came to the ring as well. He just clapped for Lethal and then walked to the back.

So much to call here. This was a bloody, fast-paced, brutal, and amazing main event. After spring-board cutters through tables, a staple gun, multiple ladder spots and way too much to recap, the Briscoes have won the ROH Tag Team Championships for the tenth time.

The finish of the match came moments after Nick Jackson was thrown off the ladder through a table (and took a nasty spill) and then Kazarian was knocked off the ladder as well, allowing Mark Briscoe to grab both titles and win Ladder War VII

After the cameras stopped rolling at ROH Final Battle, The Elite and SCU vowed to return to New York City one day.

They posed for pictures with fans and filmed footage for future episodes of Being The Elite.