For The Love Of Wrestling sets the bar for Conventions 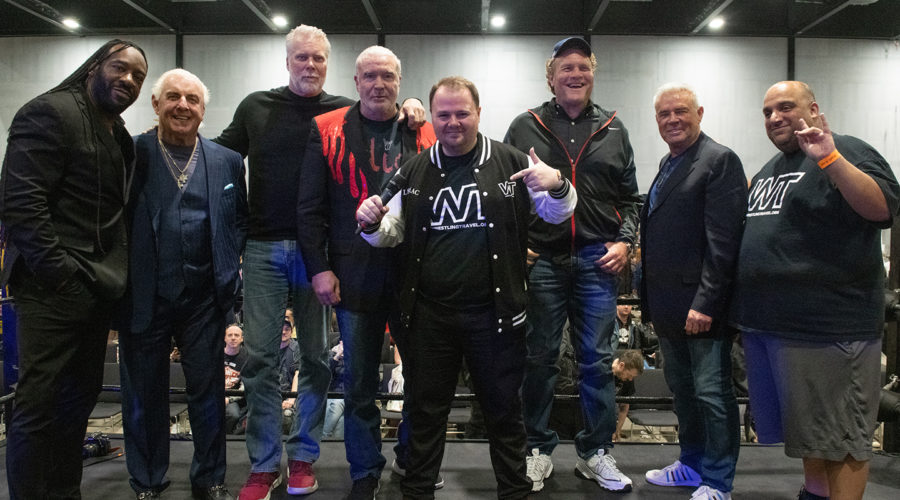 Wrestling Travel were proud to be a part of For The Love Of Wrestling convention at the Liverpool Exhibition Centre on Saturday 27th and Sunday 28th April 2019.

Stars from the world of wrestling were in attendance as thousands of fans were presented with the opportunity to meet their heroes at the two-day event.

FTLOW remains the United Kingdom’s and Europe’s biggest and most dedicated wrestling convention, and the event last weekend featured the stars from WWE, WWF, WCW, ECW, TNA, NWA and Impact which brought together the past and present wrestling names who have graced the ring.

It was a celebration of everything old-school wrestling and all of the legends that have enjoyed careers on the different circuits that the sport has to offer.

The event, with 2019 being the first of what will become an annual convention from next year, in association with Wrestling Travel and Monopoly Events, drew in over 1000 fans over an action-packed weekend on Merseyside.

With Q&A’s, autograph signing and photo sessions to keep fans of all ages entertained, the event proved a success and was enjoyed by all, with tickets now available for the 2020 weekend, which will take place on the 18th-19th April.

Wrestling Travel Founder Lee McAteer had his say on the convention’s success and looked ahead to next year’s event.

McAteer said: “The recent FTLOW event in Liverpool which we at Wrestling Travel were very proud to be a part of, was a real success and I am delighted with how the two days went.

“To have all of these iconic names from the wrestling world, and to see the demand and the turnout of people that made the journey here proves what pulling power that these Superstars and Divas have on a large amount of people.

“I’m pleased that we at Wrestling Travel, alongside Monopoly Events and FTLOW were able to bring such an event to the city of Liverpool, which allowed members of the public to come and meet their wrestling heroes of past and present.

“I am already looking forward to seeing where we can take the 2020 event which will be the second annual convention, it is an exciting time to be a fan of wrestling.”

Meanwhile, Jimmy “Mouth of the South” Hart, was delighted to be able to spend time at the convention and praised Wrestling Travel for their WrestleMania packages.

“I think it’s pretty cool really when you all put your own stuff together because a lot of people don’t want to go by themselves and by this way you become like a little family. Once you take charge of everything, introduce everybody to everybody, put everybody on the plane, once they get there, take them around, before you know it, they are not by themselves anymore, they have a lot of friends and family joining them, so you do a great jobs.”

Speaking exclusively to Wrestling Travel, fellow Hall of Famer Flair opened up about visiting the United Kingdom and the warm welcome that he and his colleagues on the wrestling circuit receive from the hardcore fans that had come out in force to meet their idols over the course of the two-day convention.

Flair said: “It’s a different culture but it’s what makes this place fun and so nice for us to come and visit.”

Six-time World Champion Booker T also praised the fans who have supported him throughout the course of his two decades in the ring.

He said: “It’s been an awesome, awesome ride for me from 1992-2019 to have been a part of something that I never dreamed of doing and made history, it is the icing on the cake and the fans were great with me through that time.”

Tickets are now available for FTLOW 2020, click here to by YOUR tickets: https://www.fortheloveofwrestling.co.uk/tickets