Fans To Return Virtually As WWE Move To The ThunderDome 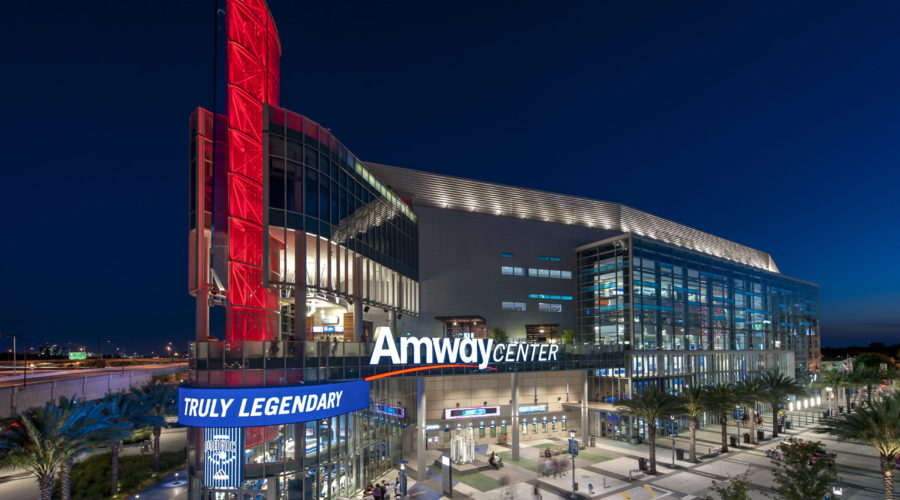 WWE is taking up residency at the Amway Center in Orlando, Florida for the next two months as they temporarily move out of the Performance Center and into the ThunderDome.

WWE is creating a new experience for fans watching on television at home with the ThunderDome inside the arena, which includes a state-of-the-art set, video boards, pyrotechnics, lasers, cutting-edge graphics and drone cameras.

This move for WWE will also include the opportunity to join the action virtually, as virtual fans will be introduced to WWE live tapings moving forward, starting with SmackDown this Friday.

“WWE has a long history of producing the greatest live spectacles in sports and entertainment, yet nothing compares to what we are creating with WWE ThunderDome,” said Kevin Dunn, WWE Executive Vice President, Television Production. “This structure will enable us to deliver an immersive atmosphere and generate more excitement amongst the millions of fans watching our programming around the world.”

“As WWE takes residency at the world-class Amway Center, we have reimagined our live event experience for today’s environment,” said Brian Flinn, WWE Chief Marketing & Communications Officer. “In partnership with The Famous Group, we will virtually bring our fans back into the show and recreate the interactive in-arena atmosphere that has been a staple of WWE events for decades.”

WWE has based their shows at their training facility the Performance Center in Orlando since the beginning pandemic, so this will be seen as a hugely positive move.

WWE has posted the upcoming schedule that will take place inside the ThunderDome.

NXT will continue to be taped from Full Sail University in Orlando at this time of writing.

WWE will continue to follow all safety procedures they have been following at the Performance Center, which has included; PCR testing for Covid-19, social distancing and the wearing of masks.

The agreement between WWE and Amway Center is an initial 2-month residency which may be extended beyond that date if the situation with Covid-19 has not improved.

⭐️ Secure your place in history today, with £199/$499 per person to book your spot in Hollywood for WrestleMania 37! ⭐️