Don Callis: Kenny Omega & I Have Changed The Business 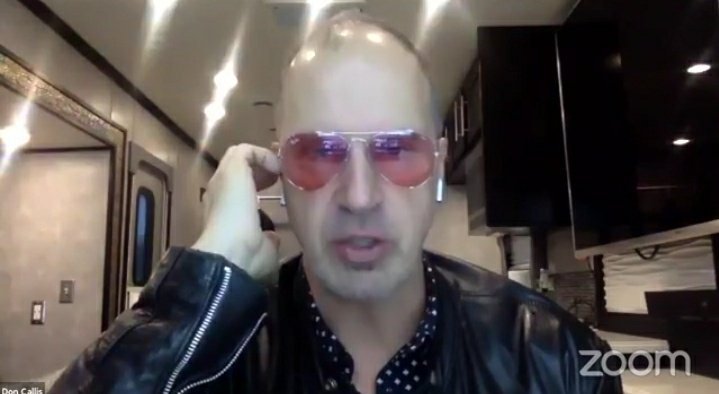 Earlier today, IMPACT Wrestling hosted a special Press Pass with IMPACT Executive Don Callis, which was attended by the worldwide media via Zoom.

Callis has been in headlines recently after Kenny Omega’s AEW Title victory over Jon Moxley, he declared that they would both be appearing on that following Tuesday’s IMPACT Wrestling.

This peaked the interest of wrestling fans globally and the speculation was rampant that AEW and IMPACT Wrestling now have a working relationship.

Danny Wolstanholme, who represented Wrestling Travel in the Press Pass, asked Don about the working relationship.

“The business has changed. We’ve changed it. Kenny Omega and I have changed it. AEW got its highest rating ever with Kenny and I on that programme. IMPACT the same thing.”

Danny also asked about where Don’s loyalties lie right now, and Don had only one answer, to himself.

“My loyalties don’t lie to companies, or things, or money, or position. I am true to myself, so in other words, I came up in the business as a lot of us did as wrestlers, worrying about what other people thought of you.”

“I remember, you know, 5 years ago, looking at social media, what are people saying about so and so? I really don’t care. It doesn’t matter, because as long as I am happy with myself, and I am true to my higher purpose, then none of this other stuff really matters to me.”

The IMPACT Executive continued about he and Omega’s recent actions “Kenny Omega is my family. At the end of the day, Kenny and I have been planning this not for weeks, not for months, but for years. We have an unbelievable ability to play the long game, and watch a plan roll out the way it should, and not to rush.”

Don Callis finished “Take your Eddie Graham’s (god bless him), take your Paul Heyman’s, you can have them, it doesn’t matter. Don Callis is smarter than all of them, and more successful”

You can watch IMPACT Wrestling every Wednesday night in the UK & Ireland on FreeSports!