Time to change the lack of Diversity in Pro Wrestling 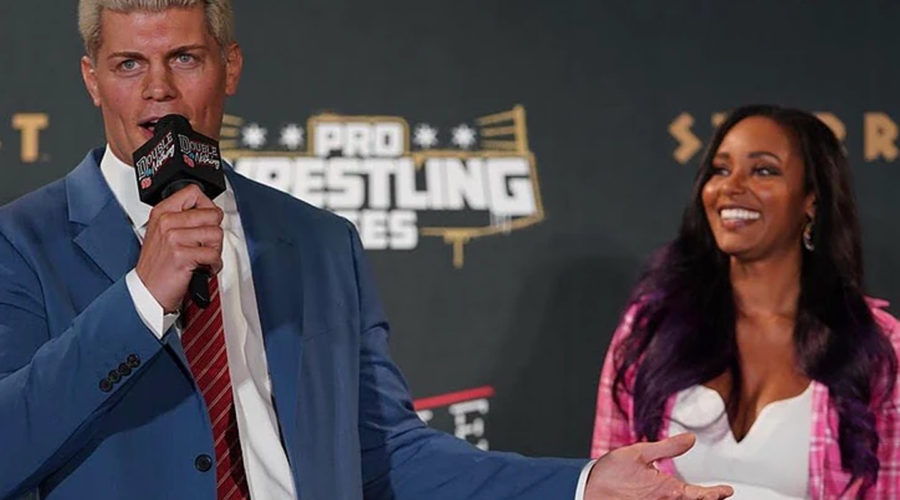 Next:
AEW Double or Nothing: Complete Match Results

Following on from the success AEW’s Double or Nothing Event in Nevada on Saturday night, the company’s Executive Vice President Cody Rhodes brought up the issue of racial diversity in the wrestling world.

The inaugural Pay Per View match-up held at the MGM Grand Garden Arena, which attracted thousands of fans in the arena and millions watching on television at home, proved a success.

And with AEW now rivalling Vince McMahon’s WWE franchise both in and outside of the ring, Rhodes took the opportunity to speak about a subject which stretches further than the world of wrestling.

The use of both symbolism and diversity within AEW has been a talking point ever since the franchise’s inception, with AEW offering a different approach to signing up talent than days gone by.

And Rhodes, 33, wants to bring something different to the wrestling world, an inclusive environment where wrestlers from all walks of life, whatever their gender, age or sexuality, are welcomed.

He said: “I think it was important that we provided a variety.

“Eric Bischoff, that was something big and it stuck, the buffet. It’s gotta be a wrestling buffet. That tag team match has to be tag team wrestling at its finest. Kenny and Chris have to be bell to bell. All that at its finest. I like to lean into the emotional character side of this. That’s probably my wheelhouse.

“I think you’re gonna see a lot of great things out of everybody on this roster. There’s a lot of people. Particularly the four EVP’s, there’s a lot of pressure. How will they handle this role?”

Diversity has been an issue with World Championship title-winners in wrestling for the last four decades.

Since 1971, there have been just nine professional wrestlers from ethnic minority backgrounds who have gone onto win World Championship belts.

Pedro Morales, The Iron Sheik, Ron Simmons, Yokozuna, The Rock, Eddie Guerrero, Rey Mysterio, Batista and Kofi Kingston are the select group of nine who have all claimed the prestigious status of being the World Heavyweight Champion.

Rhodes is in an interracial marriage with fellow professional wrestler and promoter Brandi and he believes that there needs to be more diverse as professional wrestling looks to move forward and target a new generation of not just talent, but also fans.

He added: “I’m in an interracial marriage and I’ve learned a lot that I would have never known.

“At one time, I told Brandi, ‘I don’t see colour’ and she said, ‘Then you don’t see my experience.’ I thought, ‘You’re right, I can’t just say that.’ You need to be able to see the experience or at least just understand it.

“The old territory system of just one. That’s out. The best wrestlers are gonna field the game and that’s a very diverse profile. I’m really proud of it. We’re gonna promote them as wrestlers.

“We’re not gonna make it a PR element for us. And I’m really proud of that because it’s about the wrestling.”