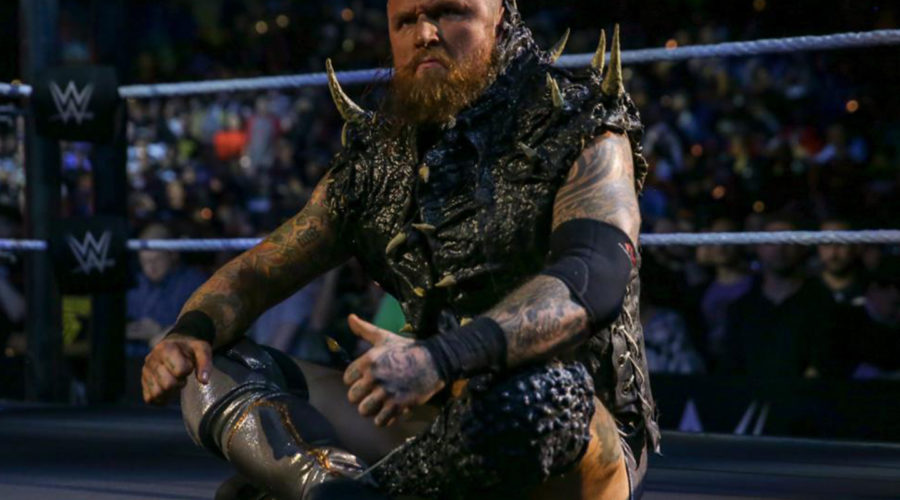 Aleister Black is in the process of transitioning from the NXT brand to WWE’s main roster. The “moody” Superstar posted a lengthy statement on Instagram reflecting on his time in NXT and this pivotal moment in his career. Black gets personal about battling and overcoming personal demons through extensive soul searching and therapy.

“It’s been a ride NXT, a hell of a ride. In less than three years I went from psychological and physical problems, anxiety and panic attacks to thriving in a high-stress environment,” said Black. “The majority of you only see the actual in-ring work and none of what goes around or behind it. I can tell you with full conviction that if you knew how this world truly works the majority of you wouldn’t have such a high strong opinion nor give the criticism that some of you give.”

He continued, “You think you know, but you really don’t. I often sit back and realize how quickly life moves and how fast things come and go and just like that the era of NXT has come to an end. In the entire period I left people behind, people left me behind, I got rid of toxic people and I gained a new outlook on life. After tons of therapy and life coaching by the wonderful @carla_bruins, I am finally moving away from old habits because the truth is that I myself have been a very toxic individual for years that couldn’t move past his childhood and events that occurred in teenage years. If all you know is lies and deceit you become lies and deceit to understand your anger and sadness.”

He used to call himself the king of self-sabotage and admits that he still feels a lot of guilt for things he has done to others. Over time, he has learned to slowly forgive himself.

Black also praised his wife, SmackDown Superstar Zelina Vega. He credits her with changing his outlook on life from “trying to die as young as I could” to holding on to things that are worth holding on to.