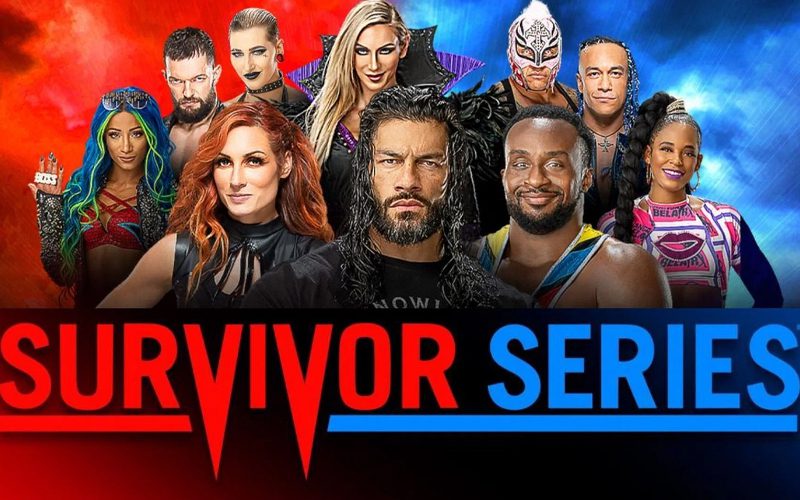 I appreciate that the above statement doesn’t exactly seem like the most revolutionary line of thinking. It is, after all, a line that innumerable WWE fans and critics alike have repeated over the last five years.

Since the brand split was reintroduced in 2016, WWE’s Survivor Series brand supremacy angle has been at the forefront of the PPV’s booking, yet no one really seems to know why because, after all, there seems to be absolutely nothing at stake in any of the matches.

Initially, the concept seemed like a fair enough idea. Raw and SmackDown were once more divided into separate rosters with their own separate world titles and the thought process of inter promotional competition was a natural booking choice to run with.

However, why were we suddenly to believe that each roster of superstars, only a matter of months after being drafted to their specific brands, were so passionate to defend their Monday or (at the time) Tuesday night workplaces? What was in it for them? How loyal could they possibly be, in storyline terms, towards a TV show they had only been exclusive to for just over three months?

The WWE’s Survivor Series brand supremacy angle also robs us of title matches, with the champions of the red and blue brands facing off against each other with no gold actually up for grabs. It is as if the event now only exists to throw up matches that are likely to produce the goods in the ring without any significant, long term drama or stakes being attached to them. Which would be fine for a throwaway B-level show that is aimed at merely bridging the gap between two more significant events. But Survivor Series is one of WWE’s historical ‘Big Four’ and has a solid month of high level hype thrown its way every year. Especially in the ‘brand supremacy’ era.

Of course, it would be remiss to not mention how some of these stakeless matches have actually been complete and utter bangers. Namely, Brock Lesnar’s 2017 and 2018 efforts against AJ Styles and Daniel Bryan respectively as well as Charlotte and Ronda Rousey’s war in 2018. And let’s not forget the addition of NXT throwing a nice, much needed spanner in the works in 2019, giving us not only what at the time felt like major moments for Keith Lee and Rhea Ripley, but also an unreal outing between Adam Cole and Pete Dunne for the NXT Title.

In fact, NXT’s inclusion a couple of years ago was the closest we have come with the WWE’s Survivor Series brand supremacy angle to there feeling like we were witnessing something of actual importance with storyline significance and consequences.

The then black and gold brand had been on fire for four years by that point and was now engaged in a newfound and ill advised Wednesday Night War against AEW Dynamite. To counter what had been a rough first month or so in the ‘war’, Vince McMahon sent some of his heavy hitters to Wednesday nights to drag some ratings away from Tony Khan’s fledgling operation. And it worked. Suddenly, Triple H’s Full Sail crew were showing up on Monday and Friday nights to wreak havoc and get themselves over in front of a much larger audience. Adam Cole was duking it out with Daniel Bryan on SmackDown, WALTER was throwing down with Seth Rollins on Raw and Shayna Baszler was murking every woman in sight. It was a glorious month full of opportunity and excitement. And even though nothing was technically at stake other than the aforementioned ‘bragging rights’, it felt as though we were at a precipice, where Uncle Paul’s ‘developmental’ territory was finally going to be treated like main roster material.

Well, we all know how that turned out.

Most recently, at this year’s edition, from the Barclays Center in Brooklyn, while the creative direction of the show revolved around who stole Vince McMahon’s ‘Cleopatra’ egg gift from The Rock, leaving a lot of fans believing The Great One was going to show up at some point, in the ring it was the same old story from the previous five years before. This year especially, the whole idea felt even more fruitless, albeit again, with some stellar bouts (Charlotte Flair and Becky Lynch in particular absolutely killed it, while the main event between Universal Champion Roman Reigns and WWE title holder Big E was also a big time heavy hitting battle), with a draft taking place a little over a month previously.

Now, if the current rosters are to remain the same for a long term period of time, then maybe in the coming years, were the WWE’s Survivor Series brand supremacy angle to continue, then we could buy into superstars being loyal to their respective shows. But once more, the question rears its head: What are the stakes?

Instead of following Survivor Series with Tables, Ladders and Chairs on PPV, go with Elimination Chamber instead. Then the victorious five person teams from the men’s and women’s divisions’ traditional Survivor Series matches earn the remaining five spots in the Chamber matches for their brand’s World Titles, alongside the champions, who will already be in the matches defending their titles.

This stipulation ensures that everyone involved in each match has a legit reason to want to win, meaning the audience can actually emotionally invest in what they are watching, rather than just accepting that it’s likely to be an entertaining match and nothing more. This way, you’re setting up not one, but five challengers for a World Champion to navigate over the next month’s worth of television and elevating almost half a dozen stars to your main event scene. OK, so a couple of them may already be main event regulars and former World Champions themselves, but a couple won’t be, and this could prove to be a testing ground to see how they fare during a trial run as a World Title contender.

Through the addition of that one simple stipulation, you have a real reason for each brand’s teams to want so desperately to win each traditional Survivor Series match while also being able to potentially splinter the five challengers into separate feuds along the way.

As for the Champion vs Champion matches, these are nothing more than exhibitions with no titles on the line, so why not set up a Brand Supremacy Champions vs Champions 5-on-5 match with every champion from each brand (men’s and women’s world champions, mid card title holder and tag champs) teaming up in an inter gender bout where the winning team earns the WrestleMania main event slots (with ‘Mania now seeming like it will be a two night event for the foreseeable future), the first five draft picks in the next year’s draft, the last 15 slots in each Royal Rumble match for their brand AND each member of the victorious team is given General Manager control of their show for a week.

By heaping all these prizes onto the champions match, you ensure there are stakes for everyone; The world champions are given the boost of knowing that, should they still be in possession of their titles come WrestleMania, they’ll be in the main event and, even if they’re not, they could benefit from a late entry into the Royal Rumble match to earn a title shot at ‘Mania to regain their gold. The late Rumble entries are also a major plus point for the other non-world title members of each team, with everyone also likely to be happy with receiving control of their brand’s show for a week, being able to bend booking to their will for their own personal benefit and amusement.

So that gives us three traditional Survivor Series matches, choc full of more stakes than you could shake a stick at. So what of the rest of the card?

Well, a Women’s Tag Title match could easily be slotted in, as could an NXT Title match ala Cole vs Dunne in 2019. This being one of the Big Four, it would also be relatively easy to make the case for a returning legend or celebrity match as another marquee bout, similar to Brock vs Goldberg in 2016.

Also, in a slight edit to the previously booked tag team division Survivor Series matches, have an inter promotional Tag Team Turmoil match where the winning team earns a shot at their brand’s titles.

But, that’s enough of what we think the future of Survivor Series should look like under the ‘brand supremacy’ era. What do you think should be in store for the yearly Thanksgiving special?