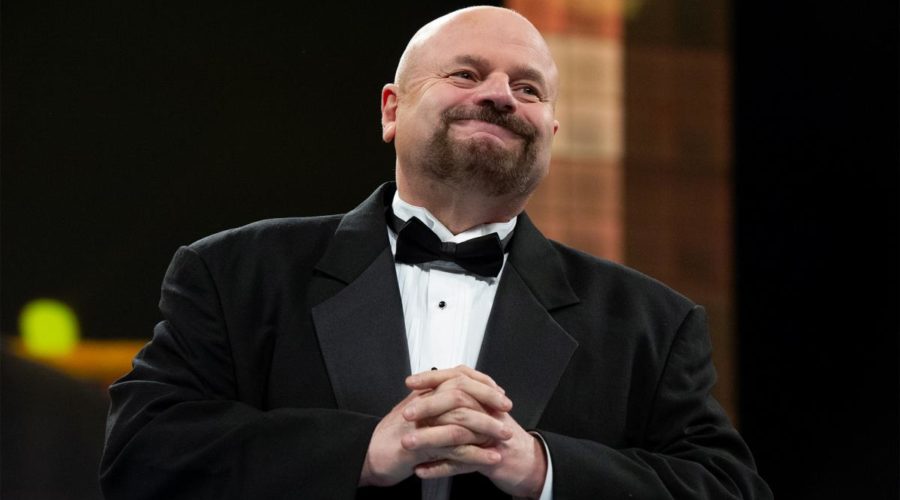 Wrestling Travel is deeply saddened to learn that, Howard Finkel, the most iconic ring-announcer in WWE history, has passed away.

He was 69-years-old. News of Finkel’s passing was announced by WWE today.

Finkel was first hired to work for Vince McMahon Sr. and the WWWF in 1975. He would eventually become the company’s longest-tenured employee and the originator of the term “WrestleMania”.

Finkel was inducted into the WWE Hall of Fame in 2009. Others inducted with Finkel that year included Steve Austin, Ricky Steamboat, Bill Watts, Terry & Dory Funk, the Von Erichs, and Koko B. Ware. Gene Okerlund was the one to induct “the Fink.”

Finkel was most recently seen on our screens during a 2014 series featured on the WWE Network called ‘Legends’ House’ in which he shared a real-life house with fellow veterans of the pro wrestling business ‘Rowdy’ Roddy Piper, ‘Mean’ Gene Okerlund and Jimmy Hart.

A statement released by WWE described Finkel as an “indispensable resource” throughout the company’s formative years.

“When considering the greatest ring announcers in the history of sports and sports-entertainment, you’d be hard-pressed to name one better than Howard Finkel,” a message post on the WWE reads. “A native of Newark, NJ, “The Fink” — a label that had been attached affectionately to Howard over the years — made his ring announcing debut at Madison Square Garden in 1977 for WWE’s predecessor, WWWF.

“By 1979, Finkel was the full-time ring announcer for WWWF, and when WWE was established in 1980, The Fink became the first — and eventually longest-serving — employee. Finkel’s distinctive voice was instantly recognizable, and for more than two decades Superstars such as The Ultimate Warrior, “Stone Cold” Steve Austin and more would have a title victory marked by The Fink’s signature call, “and NNNEEEWWW World Champion!

Please take the time to read some of the tributes made by those who had worked with and admired the greatest Ring Announcer of all time.

“Absolutely devastated to hear the sad news about the passing of Howard Finkel today. Quite literally the greatest and most iconic professional wrestling ring announcer of all time, “The Fink” could elevate any match to the next level while looking absolutely professional and not taking the spotlight away from the stars. During the numerous times I was lucky enough to meet the Fink I was honored to chat with him and receive helpful advice about my own ring announcing, the classic “get the names correct” has always stuck with me. “