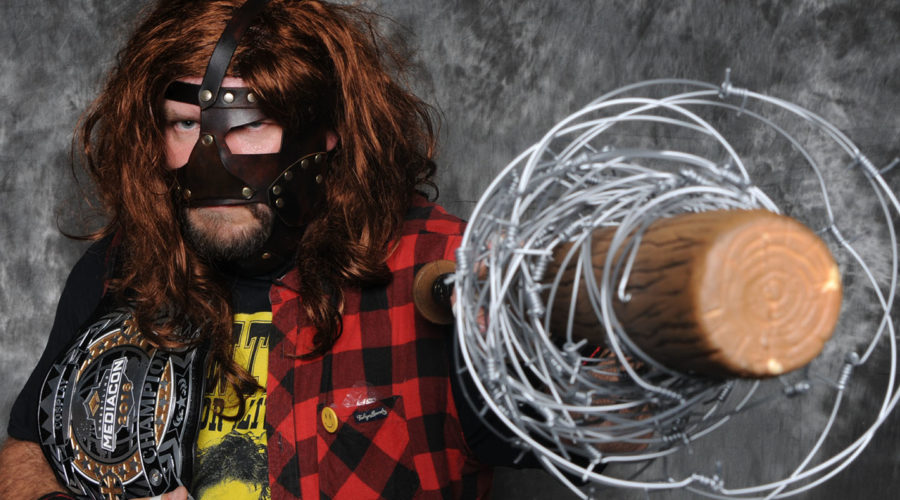 Next:
Toronto named the host City for SummerSlam

Since embarking on a mission to deliver bespoke trips for wrestling enthusiasts to the hottest events on the wrestling calendar, Wrestling Travel has blossomed into a leader in the sports travel industry – a feat recognised by a host of household names on the roster at the event housed this weekend in Manchester.

The Wrestling Travel journey has been innovative and exciting, an avant-garde of specialist travel breeding incredible success; a path mirrored by that of Peter Ellis, acclaimed championship belt maker, boasting WWE as one of his many prestigious clients.

Speaking to Wrestling Travel at Manchester Wrestle Mediacon, Ellis proclaimed: “Ninety-percent of my clients trust me and when I envision my end target, I know it will work. Random things that I see on a daily basis and prior experiences in wrestling mean that I know what is expected of me when I’m designing belts.”

This is emblematic of the Wrestling Travel philosophy that has led to the emergence of the brand formulating a reputable status within the field. Wrestling Travel is run by wrestling fans, for wrestling fans – the familiarity of the staff a fundamental component as to why the company is experiencing such great success.

From the humble beginnings whereby Wrestling Travel was somewhat of a pipe-dream to playing a prominent role at Manchester Wrestling Mediacon, facilitating the dreams of many a wrestling fan en-route, the excitement of the event was not only appreciated by the fans, but also by the stars of the ring.

Dave Meltzer, an acclaimed journalist in the wrestling field since 1983 was in attendance at Wrestling Mediacon, and voiced his approval for Wrestling Travel’s efforts to aid wrestling fans in their quest to see their heroes up close and personal: “Such efforts help people not only see their favourite stars, but also a whole host of talent that they may have never seen before. Fans can see wrestling from the United States, Mexico and Japan. If I was approaching the sport from a fan perspective, not a journalistic angle, then I would love it.”

An important element behind the overwhelming popularity of wrestling is the diversity in style in accordance to each federation, with Impact Wrestling star Sami Callihan voicing his perspective on the positive state of the sport at Manchester Wrestling Mediacon, offering an implicit tribute to the likes of Wrestling Travel who are making events increasingly accessible for fans: “This event is the perfect example of why wrestling is so awesome; so many different styles under one roof, with companies making it possible to experience the action; at the moment it’s a great time to be a fan of pro-wrestling.”

The visit to Wrestling Mediacon 2018 consolidated the fact that the devotion of the Wrestling Travel contingency has not only been noticed by the fans booking onto events, but also stars on the roster.

The lure of the canvas stretches ahead of the run-of-the-mill wrestling fanatic, so much so, that The Beast of ITV’s hit show The Chase also graced Wrestling Mediacon 2018 with his looming presence, sampling a piece of the action and satisfying his appetite for rough and tumble entertainment.

Furthermore, Wrestling Mediacon welcomed a true beast of the Ring of Honor circuit, Colt Cobana to proceedings, with the ring announcer and wrestler offering a glowing commentary of his own, in relation to the objectives set by Wrestling Travel: “I think it’s so important for fans to have access to shows; it’s a great thing what you guys (Wrestling Travel) are doing. I think at first, a lot of people would be like: ‘well, that won’t work’, but then when you realise that destination wrestling is huge and has become a thing, it becomes apparent that people are travelling to go to wrestling. When I do shows up in Scotland, people travel from all over the country without the support you provide, so I think it’s a great idea. It is scary travelling on your own, so I love the idea of having an adopted ‘wrestling family’ – a comfortable atmosphere for like-minded people to come together for what we love. From what I gather, Wrestling Travel do a great job of making people super comfortable and deliver something that we all love and support.”

As a queue of fans snaked to a table housing WWE legend Pat Patterson and aforementioned Dave Meltzer in the midst of Wrestling Mediacon, the pair were in agreement that Wrestling Travel is breaking boundaries, with Meltzer stating: “It’s wonderful to have something in place for fans to attend big events and to have companies who help them do that.”

The exclusivity of the interview broadcast, coupled with ringing endorsements from fans and stars alike at Wrestling Mediacon, further highlighted the meteoric rise to prominence for Wrestling Travel in such a short time period, with the ascent to the top turnbuckle seemingly in no doubt.