Undertaker joins For The Love Of Wrestling 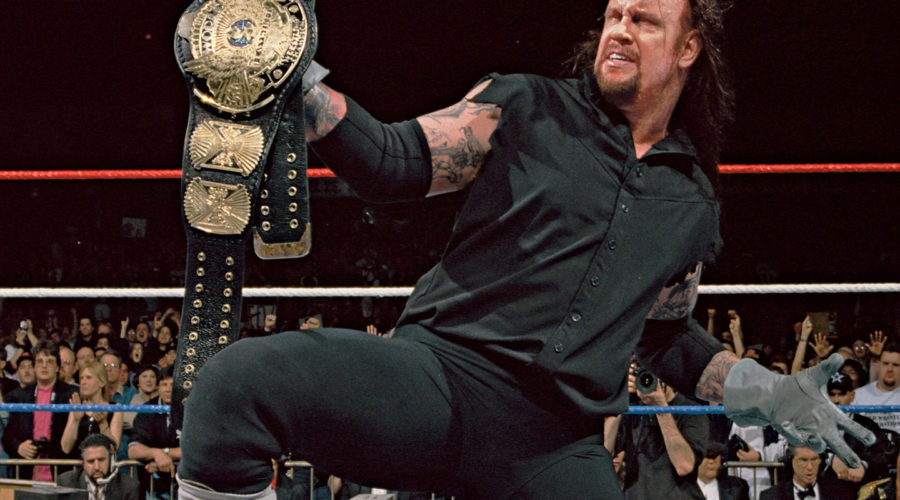 Next:
Fighting With My Family: Full Trailer

Wrestling Travel are thrilled to announce that The Undertaker, widely regarded as the most iconic figures in wrestling history will be making an extra-special appearance at For The Love of Wrestling, a celebration of the sport being held at Exhibition Centre in the core of Liverpool on Sunday 28th April 2019.

The legendary member of the WWE roster has enjoyed a memorable career spanning an incredible thirty years, with his repertoire of ruthless duels solidifying his reputation as one of the most enigmatic and entertaining performers in the history of the industry, nonetheless, the event will be his first ever UK convention.

A figure steeped deep in WWE folklore, The Undertaker has been a pioneering figure in developing the popularity of the sport on a global scale; he will be appearing on stage for a live Q&A session, during which time he will be discussing his inimitable career.

Lee McAteer, founder of Wrestling Travel said: “The fact that the Undertaker is coming to the UK for his first ever convention appearance is incredible enough, but the fact that we are part of what will be an iconic moment for British wrestling makes the moment even sweeter for Wrestling Travel. Combining this and Wrestling Travel getting verified on Twitter shows how far the brand has come; a massive shout out needs to go to Ross, Kal, Steve and of course, Andy Kleek at Monopoly Events. This promises to be not only the greatest wrestling convention ever, but in my opinion, the greatest ever wrestling convention worldwide.”

The Undertaker has shocked, thrilled and entertained millions of wrestling fanatics since his wrestling bow in WCCW in 1984 with his unique brand of turnbuckle entertainment. This enthralling insight into the mind of a true genius within the world of wrestling is included in the general admission price. 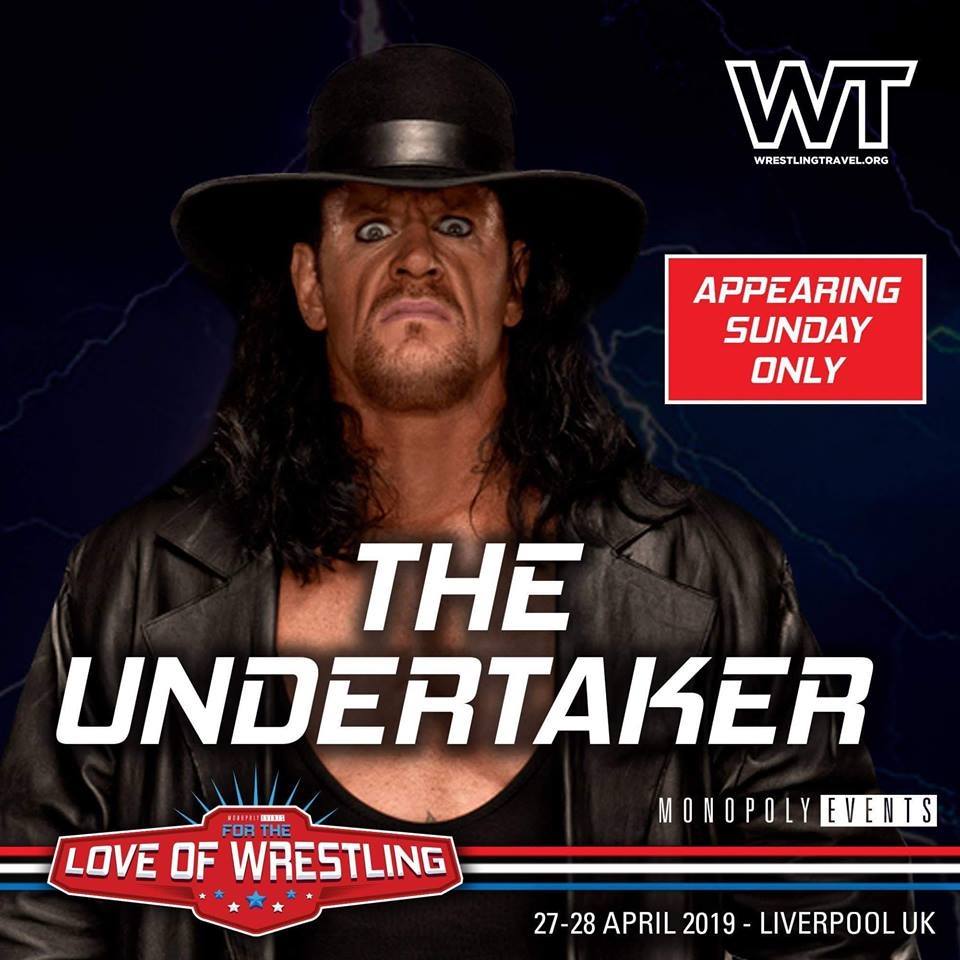 Moreover, fans attending this monumental date on the 2019 wrestling calendar will also have a once-in-a-lifetime opportunity to have a professional photograph with The Undertaker, slayer of the likes of Hulk Hogan, The Rock and ‘Stone Cold’ Steve Austin, for an additional charge.

Maximum of 5 people in the photo, under 10s free of charge, must be at least one paying person per photo op, anyone over the age of 10 needs to purchase a ticket per person.

As things stand there are no plans to do an autograph signing, we are just doing professional photo shoots and the Q&A.

To secure your ticket for this historical event, visit http://fortheloveofwrestling.co.uk/