Is the WWE 24/7 Championship a good idea? 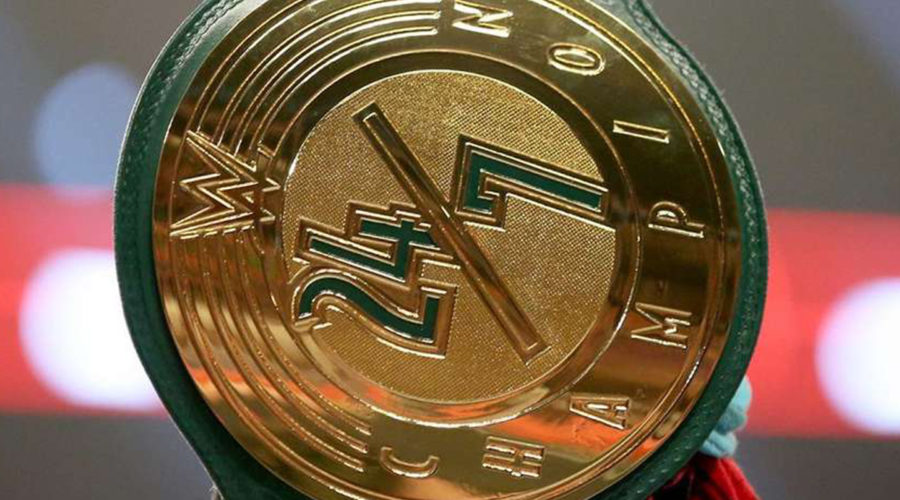 Next:
The Top 10 Career Highlights of Brock Lesnar

Mick Foley was the talk of the WWE Universe, after strolling out with a fresh Championship which announced the formation of the new WWE 24/7 Championship.

Foley, who retired from the sport in 2012 after 21-years in the ring, confirmed in front of a live television audience of millions on Monday night RAW that the 24/7 concept is off the ground.

The title can be contested anywhere, any day, any time, 24-hours a day and seven-days-a-week, as long as a WWE official is present at an event.

Eligible to challenge and contest the Championship belts include Superstars from RAW, SmackDown LIVE, 205 Live, NXT, NXT UK and WWE Legends and Hall of Famers.

Foley, 53, has created a competition to run alongside the RAW and SmackDown series that evoke memories of the Hardcore Championship.

The Indiana-born icon of the wrestling world was the original flag bearer for the Hardcore Championship when it was established in November 1998 under the banner of the World Wrestling Federation.

Following a four-year adventure, the Hardcore Championship officially ceased to exist in August 2002, with the rise of WWE products of RAW, SmackDown and WrestleMania amongst others, since its franchise inception back in 2001.

Foley teased and promised to “Make Monday Night Raw ‘Raw again as he entered the ring brandishing the belt, holding it aloft to the crowd.

Shortly after the newly-created title was revealed, Titus O’Neil became the first-ever WWE 24/7 Champion in a ring scramble.

Robert Roode then snatched a victory less than a minute following O’Neil’s triumph which would score him a pinfall win.

However, Roode’s time as the WWE 24/7 Champion was also very brief, as he pinned by R-Truth, who went onto pin down Roode in the carpark.

We OUT! Taking this European Championship to #SDLive #247Title #dancebreak pic.twitter.com/serHwHBkEb

R-Truth then vowed to bring his title to SmackDown Live, as the 24/7 Championship concept looks to build up an audience which saw the Hardcore Championship be successful in the late 1990s and early 2000s.

The question is, will Foley’s new venture back into the world of WWE be considered a success?

After a 17-year hiatus, the format will return with a fresh outlook, fresh ideas, fresh storylines and a new wave of fans to entertain.

The three-hour timeslot that RAW present maintains that the first hour of the show will remain PG, while the third hour of the event expands on the darker, grittier storylines, characters and themes.

It will be interesting to see where’s Foley’s 24/7 Championship goes from here, competing against WWE’s already-established titles.