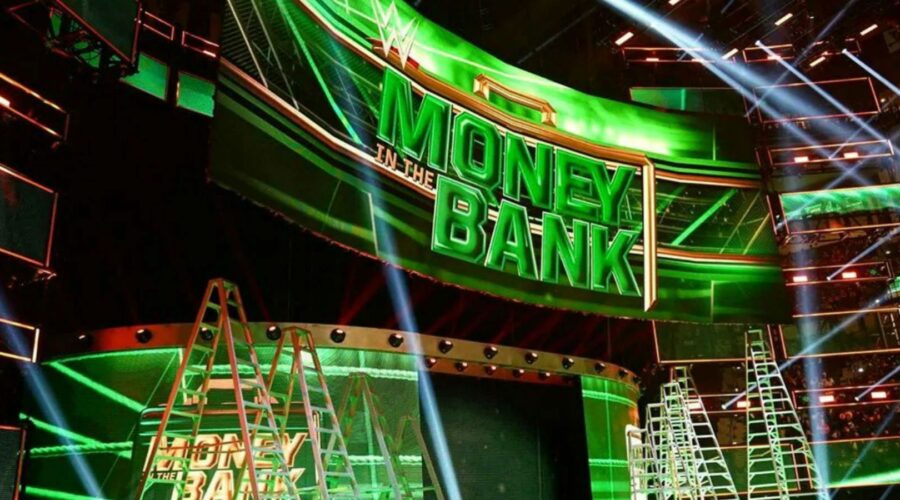 Next:
The Greatest Money In The Bank Matches In History
Photo credit: WWE.com

The first WWE PPV with a full capacity house will air this Sunday, as Money In The Bank emanates from Dickies Arena in Fort Worth, Texas and it also happens to be the show where the main event scene for the following year could be shaped as two new, long term number one contenders will be crowned in the men’s and women’s divisions.

On the women’s side of the card, Asuka, Naomi, Alexa Bliss, Nikki Cross, Liv Morgan, Natalya and a returning Zelina Vega will do battle for the right to a guaranteed title shot at a Women’s Champion of their choosing over the following 12 months, while in the men’s match, Riddle, Ricochet, John Morrison, Kevin Owens, Big E, Shinsuke Nakamura, Seth Rollins and Drew McIntyre will cause chaos and carnage en route to determining who will carry the briefcase around until the time is right to cash in.

But out of this plethora of superstars, which two should Vince McMahon invest the most time and money into? Who should have the proverbial rocket strapped to their back ahead of what could be a banner year?

Well, we decided to throw our picks into the mix for who we want to see strutting around with those briefcases for the next few months.

Frankly, it’s a crying shame that Naomi has been so under-utilised since her second reign as SmackDown Women’s Champion came to an end at SummerSlam 2017.

For four long years, Naomi has felt like an afterthought by WWE creative, despite possessing mind boggling amounts of charisma and athleticism and having an organic, passionate connection with live crowds and viewers at home. Her performances in recent Royal Rumbles have gone viral multiple times over and for good reason – the inaugural WrestleMania Women’s Battle Royale winner is exciting and unique, with both her aesthetic and in-ring styles separating her from the crowd. WWE simply don’t have anyone else like Naomi and the faith they placed in her in 2017 needs to be replicated this Sunday.

It’s a given that the former Funkadactyl will be one of the standouts this weekend, with a multi-person ladder match lending itself naturally to her audacious brand of athleticism, and who wouldn’t want to see the MITB briefcase get a long overdue GLOW up?

Given her journey over the last four years and the loyalty she has shown to persevering despite often not being used properly, Naomi is more than deserving of her time in the spotlight once again. Her tag team with Lana felt like it was going somewhere until the Ravishing Russian’s untimely release earlier this year, which once again sent Naomi, unfairly, into limbo. Sunday is the perfect time to relaunch the project that started so promisingly in 2017.

And speaking of someone who was due a WrestleMania moment involving a World Title, hi King Nakamura, how ya doin’?

Three years ago, WWE gave every fan what they wanted when a dream match was booked for WrestleMania 34 – AJ Styles vs Shinsuke Nakamura for the WWE Title. The pair had already dropped five star classics on us while in New Japan, now, in WWE of all places, they were being given the opportunity to do so again on the grandest stage of all.

Nakamura, that year’s men’s Royal Rumble winner, was seemingly being primed for the main event megastar run everyone had been praying for since his electric debut in NXT during ‘Mania weekend two years previously. It appeared as though Vinnie Mac was finally ready to run with a Japanese WWE champion, having previously utilised talents from Japan as comedy fodder and mid-card enhancements. Instead, here he was presented with a performer who was more artist than wrestler, who had everything you could ever want in a top tier talent.

And then AJ Styles went over in a disappointing match, and then continued to go over for the next few months as Nakamura’s heel turn fizzled out and he disappeared to the mid-card for three years.

Now, though, as King Nakamura, there seems to have been a very deliberate repackaging of the King of Strong Style. The former IWGP and NXT Champion seems to be feeling himself a lot more recently, crown and all, following his feud with Baron Corbin. The timing of this creative direction does seem to indicate that another big push could be in Nakamura’s immediate future, with a rumoured deal with New Japan something WWE President Nick Khan has been working on for the last few months. Having one of NJPW’s biggest ever stars suddenly propelled into your main event scene for the coming year and positioned seriously, rather than as a joke, certainly wouldn’t hinder WWE in their attempts to woo New Japan away from their affiliation with AEW and Nakamura has proved that, given the right amount of time and freedom, he will thrive and the audience will love him for it.

While the last three years haven’t been kind to Nakamura, there is still time to save his WWE career and make it worthwhile. There are still plenty of money matches left on the table that could blow everyone’s minds. It’s fair to say we’ve never seen the former IC and US champion’s true potential realised while in the States, but there’s still time, and this Sunday is where it all starts again. Make it happen, Vinnie Mac and let the artist paint a beautiful picture over the next 12 months.