Who is ready for Asuka at WrestleMania 35? 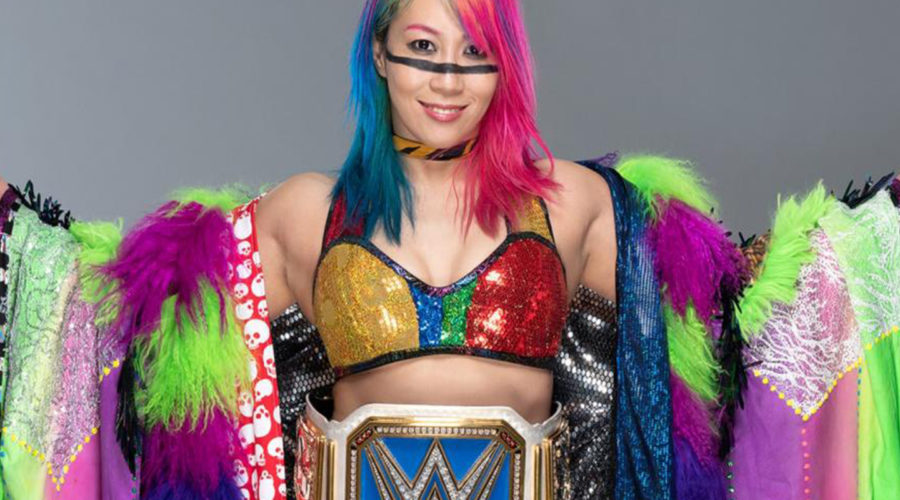 The SmackDown Live superstar will challenge Raw Women’s Champion on the 7th April and speculation as to whether Charlotte Flair will be joining the match has already been reported.

With the Raw Women’s Title picture now known, the attention turns to SmackDown Women’s Champion Asuka. Who should challenge the Empress of Tomorrow at the grandest stage of them all?

Let’s say the rumours are just rumours and Charlotte isn’t in the Raw Women’s title picture, she will then more than likely be the person challenging Asuka at WrestleMania. However, this is a match we saw at WrestleMania 34 and despite it being a brilliant match it’s one may won’t want to see again.

This then raises the question of who should face Asuka if Charlotte shouldn’t? There’s a stellar list of talent in the women’s division on SmackDown. The only downfall is almost all of these women are involved in a storyline of some sort:

Billie Kay and Peyton Royce aren’t exactly in a storyline at the moment but I don’t see them separating to be in the title picture. I fully expect them to be involved in the first ever Women’s Tag Team Title match at Elimination Chamber.

Carmella is currently managing the new US Champion R-Truth and not really in a singles storyline. She had an excellent triple threat match on January 8th with Charlotte and Becky Lynch showing why should easily be in the main-event picture.

However, if you read my last piece here: https://wrestlingtravel.com/2019/01/28/the-fate-of-the-womens-tag-championships/, you’ll see that I have suggested Carmella forms a team with Naomi and go for the new Tag Titles.

Naomi may be in a current storyline with Mandy Rose, however, I feel this is coming to an end as Rose and Sonya Deville will be focusing on the Tag Titles. Naomi should do the same once her feud with Rose is over.

Lana is currently managing Rusev and has a storyline injury. I don’t see her being moved into a solo storyline with Asuka, she wouldn’t produce a good enough match.

Zelina Vega is also managing at the moment, she had an odd mini storyline in the Royal Rumble where she was hiding from her competition then eliminated and chased by Hornswoggle. This I think reflects on Vega as a superstar and indicates that WWE is not fully invested in her as an individual.

Now don’t get me wrong this is all hypothetical and plans can change very quickly. Several of the women above will be involved in the Tag Title picture whilst others will not have much of a storyline leading up to WrestleMania, therefore more than likely being thrown into the Women’s Battle Royal if there is one. This I feel could be the ideal match for Charlotte to be a part of, why not have someone of her stature win the battle royal and boast of her achievement.

With all that being said that leaves one woman who I think should challenge Asuka…Nikki Cross!

Cross has faced Asuka before in NXT. They had some excellent matches but those were back in 2017. They have both developed significantly as characters and their wrestling ability have consistently been good. I feel they could put on an excellent match if booked for WrestleMania, heck make it another Last Women Standing match.

Cementing Cross as a SmackDown Live superstar would make the most sense as well considering Lynch will be off to Raw and Cross is married to fellow SmackDown superstar Killian Dain.

Despite this suggestion, I wouldn’t be surprised if WWE ‘play it safe’ and opt with Asuka V Charlotte 2.

Though it would be a good match, I feel its time for another person in the women’s main event picture.