Walter headed to Fight Forever in 2019 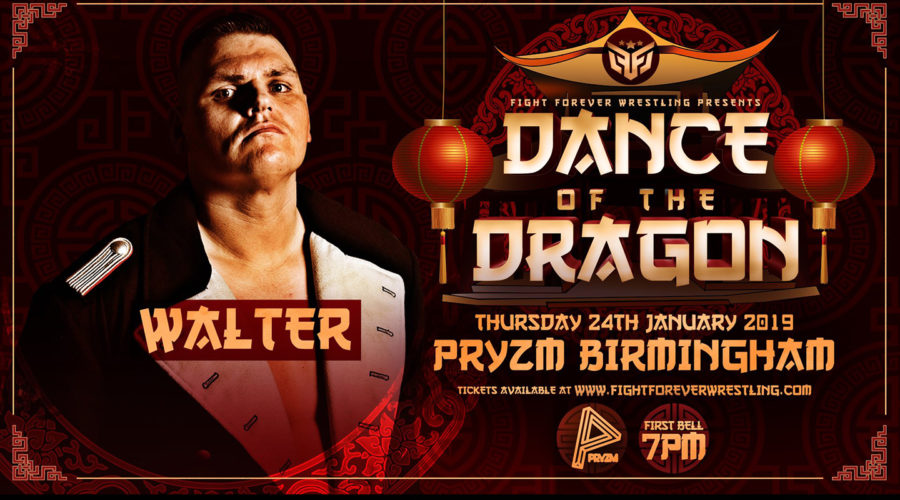 Fight Forever has confirmed a big name for their January show. WALTER is set to be part of ‘Dance of The Dragon’ on January 4th from Pryzm in Birmingham, England.

There has been some confusion recently regarding the NXT UK contracted Superstars and where they can perform. OTT recently announced that WALTER would be taking on former WWE Superstar Neville/PAC. This move was deemed acceptable by WWE as PAC is classed as a ‘freelance’ talent.

NXT UK Superstars are only ‘allowed’ to face fellow NXT UK Superstars on independent shows or talents who are freelance/not on the ‘banned’ list. Companies who are seemingly ‘banned’ are the bigger promotions such as IMPACT, ROH and New Japan among others. There were also seemingly ‘no on demand’ terms in the new contracts, meaning that companies such as PROGRESS, ICW and ATTACK could not use NXT UK Superstars in their on-demand platforms. This, however, is not yet confirmed.

Fight Forever are a relatively new promotion, they held their first tour earlier this year. Without having ‘on demand’ Fight Forever are seemingly free to use any talent from NXT UK for the time being.

WALTER has not yet been made official as a WWE signee. It is widely believed that he has signed on and will be debuting in NXT UK shortly, possibly at the Takeover event next month.