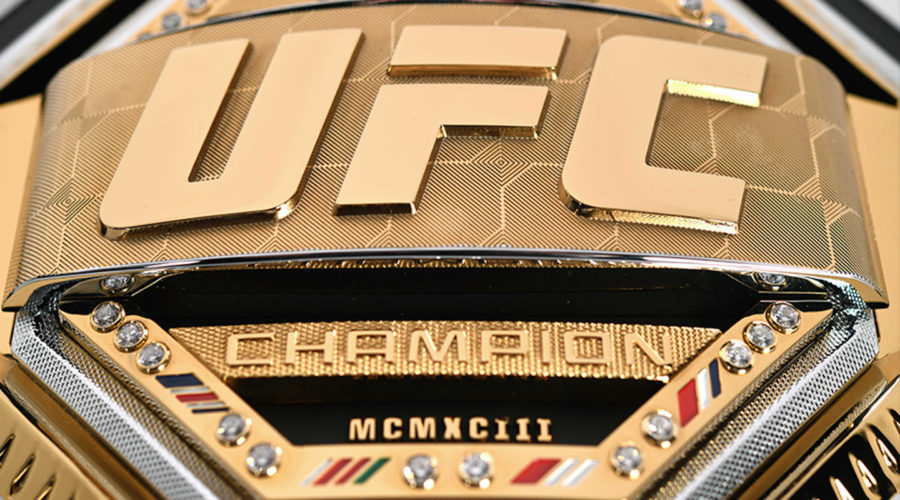 Next:
The Elite make an appearance in Los Angeles
The UFC has announced its new championship belt ahead of its first UFC Fight Night event of 2019, but the new design has not gone down well with MMA fans and media, who have slammed the new-look strap on social media.

The new design will feature a unique customisation option for each World Champion based on their nationality, weight class and number of title defences.

Each belt will be engraved with its own unique serial number as well as the engraved signature of UFC president Dana White.

“This Saturday begins a new era for UFC, and it’s a perfect time to unveil our new UFC Legacy Championship Belt,” said White.

“The belt honours UFC’s past, while recognising the amazing accomplishments of our current champions.”

The belt weighs a hefty 10.45 lbs, with a strap made from genuine leather and gold features.

Another new feature is a series of flag icons that adorn the belt to signify the first eight nations to produce a UFC world champion.

White looked proud as he showed off the new-look belt for the first time, but the belt’s radical new design has not received universal approval, however, with fans and media members seemingly queuing up to offer their criticisms of the belt’s new design.

Meanwhile back at UFC headquarters

When I first saw it I instantly didn’t like it but now it’s growing on me, kinda has an old skool ufc look to it https://t.co/wUUC8xuTwb

Well thank god for that. They might not be able to carry the same size as the men. https://t.co/Os7Kw0SQJw

But if it’s stones so be it @ufc pic.twitter.com/IpZsBxTibR