The start of the Wednesday Night Wars 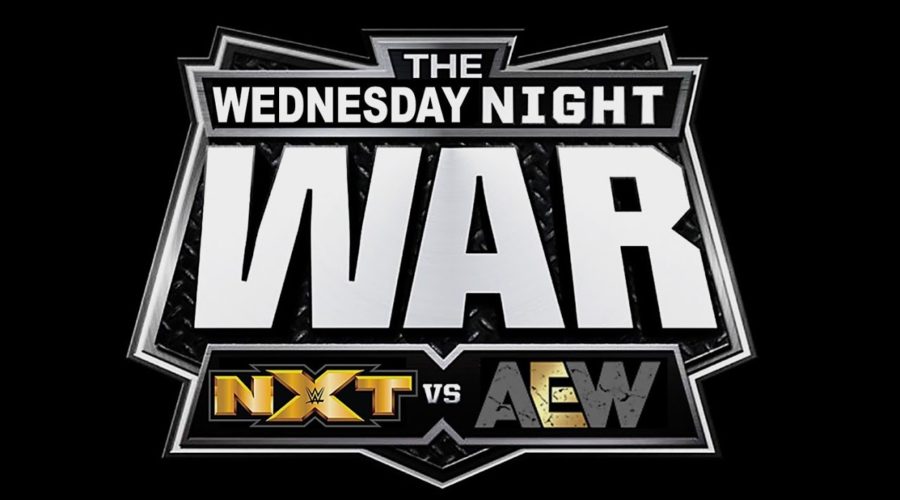 Next:
Win a 10 Day AEW Plus: Episode Pass for Dynamite

A brave new world of professional wrestling commences this week, with monumental changes taking place that will reverberate across the industry. WWE Smackdown will make its long-awaited debut in a prestigious time slot on FOX, headlined by a WWE Championship bout between Kofi Kingston and Brock Lesnar, the latter wrestling on television for the first time in over 15 years.

The eyes of the wrestling world will perhaps be most keenly trained on Wednesday night.

The NXT brand is just settling into its new home on the historic WWE stronghold USA Network, and for the first time, it will face direct competition. On the same night, All Elite Wrestling debut their new weekly television programme, Dynamite, kicking off what many fans are already calling ‘The Wednesday Night Wars’.

You have to go back to 2010 to find the last time WWE faced direct high-profile promotion. 4th January of that year saw TNA (known as Impact Wrestling today) move their weekly Impact show from Thursday to Monday. This put it head-to-head with WWE Raw, marking the first time a wrestling show had tried to compete with McMahon’s Monday night offering since 2001 when WCW closed its doors.

Initially a one-night experiment, TNA threw everything they had at the show in an audacious attempt to compete with the much-bigger WWE. The show included the debut of Ric Flair, and the returns of Kevin Nash, Scott Hall, and Sean Waltman in a segment teasing an NWO reunion with Hulk Hogan.

In a move that echoes steps taken recently by the company, WWE counter-programmed the show with the first appearance of the legendary Bret ‘The Hitman’ Hart in the company for 13 years.

Hart opened the show in a showdown and eventual reconciliation with bitter personal and professional rival Shawn Michaels, in an angle that saw WWE comfortable win the evening’s ratings battle.

While losing on the night, TNA would still register a record-high 1.1 rating that night. Emboldened by their modest success they took the fight to WWE, moving Impact to a permanent Monday timeslot that March. The ratings fizzled out and TNA returned to Thursday nights, tail planted firmly between legs in May.

While parallels can be drawn between the short-lived phony war of 2010 and Wednesday’s ratings battle, the differences are clear. AEW will not be facing WWE’s flagship television offering. Rather, in a move that anyone associated with Stamford will claim is mere coincidence, NXT has been moved from the WWE Network to a Wednesday night timeslot on USA up against AEW’s Dynamite offering on TNT.

Skeptics will argue that WWE has not positioned one of their primary shows to counteract AEW. There is some credence here, it is fair to say if Vince was truly fearful of being overtaken by a rival company it stands to reason that he would put his best foot forward. However, when taking into account the target audience of AEW, the decision to choose NXT to oppose it is a sound one. AEW are chasing fans who don’t get what they are looking for on Raw or Smackdown.

Their audience is one who is into a work rate-based style and stars that they are familiar with from the indies and Japan. That sentence also accurately describes the NXT brand, with headliners such as Adam Cole and Matt Riddle who have torn it up across the independent and puroresu scenes before landing in the WWE fold. The first battle in this promotional war will be played out with both companies trying to capture the same target market.

It is also telling that while TNA/Impact Wrestling has mostly existed off the WWE radar, AEW have been acknowledged in this way. Rumors have flown for a while that McMahon was taking backstage steps for the arrival of Tony Khan’s new wrestling venture.

Word was that huge contracts were being offered to keep talent such as The Revival and Gallows & Anderson after the company let Chris Jericho slip through their fingers to front the rival group. However, the NXT move is the most public hint yet that WWE are not taking the possibility of a competing promotion as lightly as they previously may have.

As easy as it is to get caught up in the excitement of a monumental week for pro wrestling, it’s important to put what Wednesday night will mean into context. Nobody at AEW expects the company to overthrow WWE as a whole, and nor should they. The McMahons have built a business that has stood the test of both time and competition, branching out into a multimedia conglomerate that turns a profit regardless of the quality of what we see on-screen. However, AEW is fortunate that they will face a show that perhaps has a little less name value to the casual viewer than their own.

AEW boasts Chris Jericho, Cody and Dustin Rhodes who are known to even the most lapsed WWE viewer. If they can leverage this against an NXT roster, which while talented and highly-decorated does not yet boast mainstream names, they might find morale-boosting success in this Wednesday Night War.

The important thing will be patience and temperament. One hopes Khan and the Elite, should their show prevail in the opening weeks, won’t be so bold as to immediately pitch it against the established superpowers of Raw and Smackdown. The fledgling group would be best served making Wednesday their established home, and themselves the premiere destination of midweek pro wrestling.

Whichever side you choose and whoever comes out on top, the fans really are the winners. For the first time in many years there is genuine excitement to be found in the competition between WWE and another promotion.

Both promotions are likely to pull out all the stops and surprises they can muster to coax the public to choose their brand. It’s an overused phrase these days but…what a time to be alive!