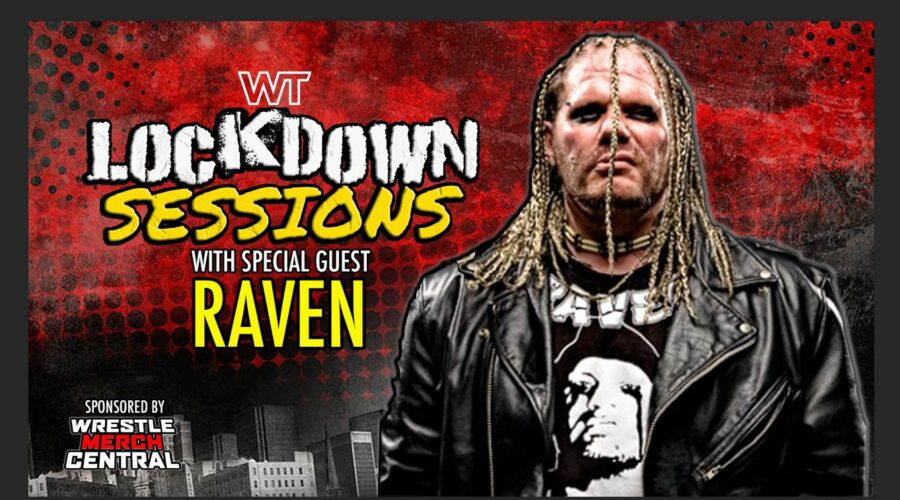 Next:
WWE Money In The Bank 2021: How To Watch, Start Time and Full Match Card

In the UK, Louis Theroux has long been renowned as one of the foremost documentarians in the country for the best part of two decades. However, this longstanding, beloved reputation isn’t something that is shared with former ECW, WCW,WWE and TNA star Raven.

The former ECW and NWA Champion and Tommy Dreamer’s best enemy recently sat down with our very own Justin Clapper to reminisce over his time in WCW, where he was once featured in an episode of ‘Louis Theroux’s Weird Weekends’.

In the episode, Theroux visits WCW’s Power Plant training facility in Atlanta, Georgia, where he is relentlessly pushed to the brink by Sgt. Buddy Lee Parker, who takes offence to one particular line of questioning and punishes Theroux by eventually making him throw up, embarrassing him in front of the entire class.

But Theroux’s nightmare stint in Atlanta was far from over. He would meet Raven at the airport, and the former United States and Tag Team Champion was far from impressed by Theroux’s lack of knowledge, including the fact that Theroux didn’t know who he was.

“So when I was in WCW they tell me he wanted to interview me. I think we were at the airport or somewhere. So he introduces himself and says ‘I’m Louis Theroux…’, or whatever the hell he says, and then he goes ‘and you are…’. He had no idea who I was. Like why would you interview me if you have no idea who I am? So I totally lambasted him and apparently many people seemed to enjoy that because I guess he’s an idiot.”

Elsewhere, Raven digged into his WCW memory bank to remember an eventful fortnight at Disney…

“I’ve got so many stories and nowadays you gotta be careful because you can get cancelled if you tell the wrong story. I used to tell stories about sexual deviances and sex, drugs and rock ‘n’ roll but now I’m clean and sober, I don’t want to glorify the past. So on my podcast when I’m sharing some filthy story from my past I always make sure to include an 800 number for addiction recovery.

“But one time we were at the Disney tapings and I did ecstacy for 14 nights in a row, then I was up for 87 straight hours right at the end. And I wrestled at like the 80 hour mark, or the 75 hour mark or whatever it was. It was a Sunday morning so I had to wrestle, and I was so paranoid, I was looking at people and saying ‘why is he talking about me?’ and they weren’t even talking.

“It was fun while it lasted but the price you pay is very excessive.”

The 27 time WWE Hardcore Champion shares plenty more banterous anecdotes and quips during his 20 minute chat with JC, so if you want to treat yourself to some top notch content, you could do a whole lot worse than enjoy the latest Lockdown Session in it’s entirety…

Here’s hoping for a second part. And yes, we hope it’s a little longer.

Raven’s interview with JC was set up by the fine folks at Wrestle Merch Central, who bring you the LockDown Sessions each and every week. Raven’s official store on their site is now live and ready for you to pick up all his incredible merchandise.

Also, if you’re struggling with addiction or know somebody who is, here’s a helpful link from the NHS regarding recovery.