One To Watch: “The Infamous” Kameron Solas 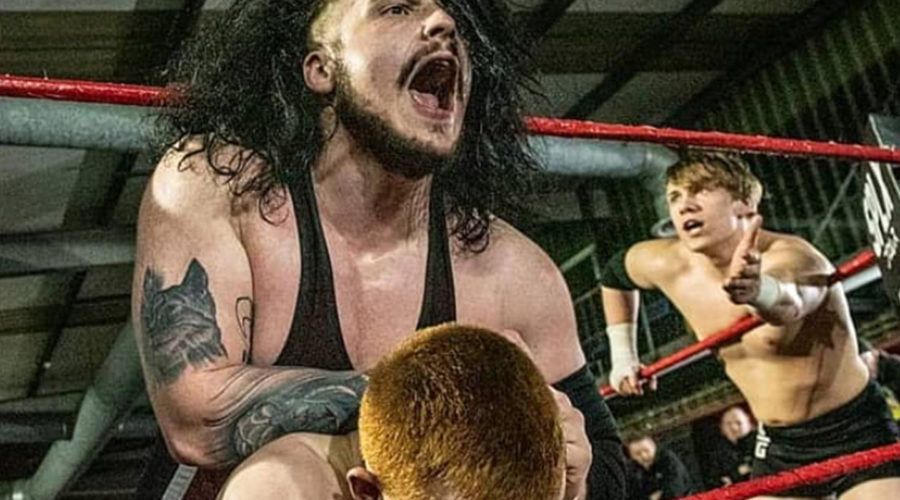 He is ‘The Infamous’ Kameron Solas.

Kameron had just turned 17 when he started training as a pro wrestler. Prior to that it was just him hitting his mates in the back garden on a trampoline at the age of 13.

Five years later and Solas is currently training at Fighting Spirit Pro Wrestling under WWE NXT:UK stars Zack Gibson and James Drake. ‘The Infamous’ intends to continuously train under the Grizzled Young Veterans as long as he can as he believes it’s the perfect school to prepare for the WWE Performance Centre.

I had the privilege to wrestle my teachers at @BritWrestle
I’m grateful to be given the opportunity to wrestle the guys that gave me the tools to do what I do everyweek. I’ve never learnt so much from just one match before. Thank-you!@ZackGibson01 @JamesDrake_GYT@CraigWesttt pic.twitter.com/ndLh61y7QQ

When asking Kameron about his favourite matches he replied “It’s hard to pinpoint what my favourite match is. I really enjoyed my match alongside Craig West, facing Zack Gibson and James Drake. Despite the match itself winning match of the year at Britannia Wrestling I felt I didn’t have enough time to prepare. I believe the match would be a whole lot better if it was to happen again. But to go back to the question and as of writing I’ll say Scott Oberman at Wrestle Island, which is free on YouTube may I add. So everyone can have a taste of my style of wrestling.”

He didn’t get the moniker ‘Kammy no belts’ for no reason. It’s a running joke that he has never managed to win a championship. He’s had many title matches but has consistently been the nearly man when it comes to getting the big W. Close, but no cigar.

When Kameron is ready he’d love to face Zack Gibson on a big stage. The youngster has known Zack for some time before studying under his tutelage.

“I feel if I ever got to WWE and was being featured on Wrestlemania against the top guys it’d feel great but I don’t think there would be a greater feeling facing the guy who taught you and got you to that stage. Don’t get me wrong I’d love to face James Drake too because he’s taught me a lot as well, it’s just I’ve known Zack longer and he wrestles like Nigel Mcguinness, who is one of my favourites.”

When asked what his goals are, ‘The Infamous’ answered “My goal is to do this as a living and wrestle as much as I can and I really hope to be picked up by anyone who wants me. There’s many companies out there these days and there is a lot of money to be made if you really, really push at it. It’s just amazing that you can influence and entertain so many people by simply doing what you get paid to do. It’s the best job ever.

“Hopefully I inspire many others to do what I do in the future. Wrestling isn’t all about money, I just want to make a living from it. My main goal is to just wrestle until I cannot do it anymore. I just want to live my life having fun with good people and great fans. That’s my goal.”