Previous:
"The Icon" Sting is headed to StarrCast III 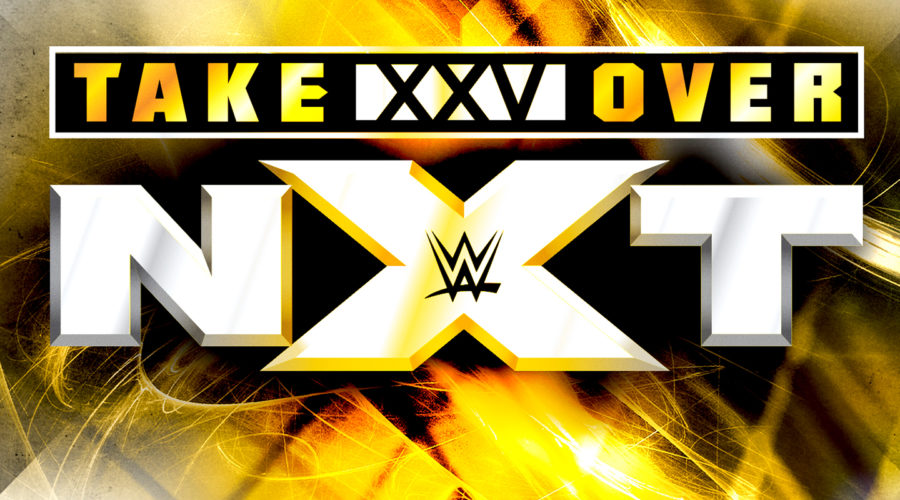 Next:
One To Watch: "The Infamous" Kameron Solas

BRIDGEPORT, Conn. — A true brawl of the mighty launched the 25th edition of NXT TakeOver, and given the sterling wrecking crews involved, there was no better way to crack the pavement.

In a painful blitz between pure strength and spine-tingling backbreakers, Matt Riddle and Roderick Strong slugged it out in a perilous back-and-forth contest. It was a physical trade-off from the get-go, with Riddle flinging his opponent across the canvas with a deadlift trifecta of gut-wrench suplexes. Not one to be outdone, The Messiah of the Backbreaker delivered a visual composite of his namesake by dropping Riddle into the ring apron with a vertebrae-shattering backdrop.

But that was just a sample of the full force these two locksmiths unloaded on each other, as Strong catapulted Riddle across the ring with a highlight reel superplex. Failing to secure a pin-count, Strong unloaded on his rival with a flurry of forearms before connecting with a belly-to-back facebuster that Riddle once again escaped. The Original Bro struck back and sent a shock to Strong’s system by sneaking out of a grueling Boston Crab submission hold to pull out an amazing execution of the Bromission.

Despite powering out of the hold, Strong soon learned that his perseverance further fueled the brutal side of Riddle. After Strong slithered out of the move, Riddle responded with his own flurry of forearm attacks before taking a page out of his opponent’s playbook with a spine-stinging driver to secure the win.

With a united hunger for glory, The Street Profits saw their championship desire realized, and in the words of rapper Nas, “Street dreams are made of these.” Surviving absolute carnage, Montez Ford & Angelo Dawkins rose to the top of the ladder, in the literal and metaphorical sense, to become the new NXT Tag Team Champions.

The historic victory caps a big year for the scrappy duo, who’ve been clawing for an opportunity to prove themselves for several years. Though they came close against former champions The Viking Raiders, the missed opportunity gave way to a career-defining statement inside the Webster Bank Arena. In the face of that defiant victory, though, was an inimitable offensive line that featured former champions Kyle O’Reilly & Bobby Fish, a couple of savages in Wesley Blake & Steve Cutler and a pair of bruisers named Oney Lorcan & Danny Burch.

The human demolition derby gave the NXT Universe plenty of reasons to shower the ring with “This is awesome” chants, including a textbook double German Suplex from Lorcan & Burch onto Blake & Cutler that sent the ladder flying across the ring. And speaking of “flying,” Dawkins took to the air within minutes of the match, flattening everyone on the outside to clear the lane for the pair to secure a victory. However, several obstacles stood in their way, including O’Reilly & Fish, whose calculated offense slowed everyone. At one point, the nefarious duo applied a double underhook combination that sent Ford bouncing off the ladder. Another obstacle came when Jaxson Ryker emerged and pummeled everyone in sight to assist his Forgotten Sons brothers. Ryker’s appearance forced a temporary truce between the other three teams, and they fired back tenfold with an all-hands-on-deck approach that left the Forgotten Sons powerhouse buried under the ladder.

Blake & Cutler used the distraction to their advantage, waylaying the competition before climbing up the ladder while the vestiges from this war were left spread in and around the canvas. Refusing to take another L, Ford & Dawkins sprung out of nowhere to thwart The Savages of NXT from grabbing the hoisted championship titles. With Dawkins launching a spear on Cutler to toss him out of the ring, Ford leaped from the turnbuckle onto the ladder to toss Blake off and capture the coveted prize that’s eluded them for so long.

With the grand prizes of NXT’s tag team division finally in hand, Ford & Dawkins danced their way through the audience, kicking off an epic celebration with the adoring members of the NXT Universe.

The Dream lives on.

Despite the valiant effort by Tyler Breeze, the purple reign of NXT North American Champion Velveteen Dream lives to steal the spotlight once more. Indeed, Prince Pretty brought the fight to His Purple Highness, nearly slipping the championship away from him at several moments during their dazzling bout.

Where Breeze was determined to knock Dream out of the spotlight, the reigning champion was hellbent on keeping it. Adding new meaning to clash of styles, Dream even went as far as drilling Breeze with his own Unprettier and nearly closed in on victory. However, Breeze refused to be a victim to that embarrassment and followed up with a few counters, such as using his knees to thwart a Purple Rainmaker attempt before nailing Dream with a turnbuckle-trapped Supermodel Kick and a picture-perfect Unprettier. When Dream kicked out of the pin attempt, a visibly frustrated Breeze came back with a spinning wheel kick. But before he could go for the pin, Dream crushed his opponent’s hopes by rolling out of the ring.

Breeze’s fit allowed Dream to distract him by pretending to bring the North American Title to the ring, which led to Prince Pretty snatching it out of his hands. With Breeze’s back turned, the champion seized the opportunity to land a Dream Valley Driver and Purple Rainmaker for the 1-2-3.

After some deliberation, Dream acquiesced to Breeze’s post-match request for a selfie, but His Purple Highness made sure to immediately strike his signature pose after posing for the snapshot.

Io Shirai refused to let the intimidating tactics of NXT Women’s Champion Shayna Baszler make her another victim in a growing trail of destruction. Despite being on the receiving end of a decisive Kirifuda Clutch that forced her to tap, Shirai left Bridgeport with the last laugh and a lasting impression.

The tumultuous matchup saw Baszler unload her ruthless game plan to near perfection, but Shirai refused to back down. Taking on a more aggressive approach than she did during any of her previous battles under the black-and-gold banner, The Genius of the Sky sought to fight fire with fire. Despite enduring tremendous punishment, including Baszler’s attempt at tenderizing her left arm, Shirai continued to swing away. Launching aerial attacks at the champion, from a springboard dropkick to an Asai Moonsault outside of the ring, The Genius of the Sky took her game to an unprecedented level of physicality.

When Jessamyn Duke and Marina Shafir emerged to put a stop to Shirai’s attack, a Kendo stick-swinging Candice LeRae came clubbing away and put a destructive halt to their plan, brutalizing each of them with the unforgiving weapon. Back in the ring, the distraction played to Baszler’s advantage. After avoiding a moonsault and rollup attempt by Shirai, Baszler locked in an excruciating Kirifuda Clutch. Shirai did everything she could to escape the deadly hold, from attempting to thrash her way out of it to coming inches away from grabbing the bottom rope, but she had no choice but to tap when she was seemingly seconds from passing out.

Instead of returning to the locker room, Shirai cut Baszler’s celebration short by attacking the champion with the Kendo stick LeRae left lying around and a moonsault. And because that wasn’t enough, considering all the beatdowns she endured from Baszler and her henchwomen en route to TakeOver: XXV, Shirai strapped herself with a steel chair and dove into the sky to flatten The Queen of Spades with another sternum-crushing moonsault.

While Baszler won the battle, this war appears to be far from over.

After Johnny Gargano claimed a high-pressure 2-out-of-3 Falls gold rush at TakeOver: New York to snare the then-vacant NXT Title, the finale stoked a flame within Adam Cole that intensified into an undisputed diamond at TakeOver: XXV and led to The Panama City Playboy being crowned champion.

The combatants picked up where their Big Apple magnum opus left off, and the desire to be champion resulted in a breakneck pace for this main event collision, which reached a fever pitch and whipped the NXT Universe into a frenzy immediately after the opening bell. It was back-and-forth textbook execution throughout this nail-biter, with both NXT Superstars trading an extraordinary exchange of strikes that left the Bridgeport audience undecided about whom to chant for.

Gargano and Cole hosted a superkick trade-off, dishing kick after kick until both men struck each other out cold on the outside. When that failed to decide a victor, they shifted into their sterling in-ring arsenal with Gargano locking in his Gargano Escape submission. When it looked like déjà vu of TakeOver: New York was underway, Cole whisked it away by clasping onto Gargano with a figure-four leg lock. After escaping the maneuver, Gargano attempted to dive into Cole outside of the ring but came crashing down when he bumped into a superkick. At this point, the epic contest reached sheer pandemonium.

Back in the ring, the dizzying back-and-forth continued as the giant-hearted Gargano refused to let up. When Cole tried to hit a Last Shot, Gargano broke away and went for the Gargano Escape, only to have Cole surprise him and apply his opponent’s signature move. But alas, it was not enough to keep the workhorse down. Refusing to be relegated to such embarrassment, Gargano popped out of the submission hold and rocked The Panama City Playboy with his own Last Shot. From here, the NXT Universe erupted in “Fight forever” chants as Cole and Gargano emphatically added rip-roaring status to the word “sequel.”

After targeting Gargano’s tenderized right knee and breaking another Gargano Escape submission, Cole once again went on the offensive with another superkick and jumped to the second turnbuckle rope to down his foe with a Panama Sunrise. Before he could fold his opponent with the maneuver, Gargano countered with a pin attempt. After kicking out, Cole didn’t wait and immediately hit another Panama Sunrise, followed by the biggest Last Shot of his NXT career for the pinfall.

The five-star action culminated in The Undisputed ERA hitting the ring to celebrate Cole’s emotional victory. They say pressure makes diamonds, but on this night, it was all gold for Adam Cole… BAY BAY!