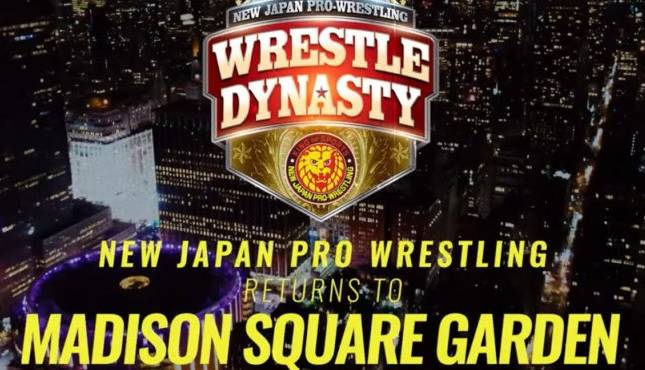 Next:
Kross And Scarlett Debut On NXT
Photo credit: NJPW

New Japan Pro-Wrestling (NJPW) have announced that their Madison Square Garden event in August has been postponed.

Due to the ongoing world pandemic, NJPW have made the decision and rescheduled for 2021, with a date to be announced.

The event is still set to take place in the world’s most famous arena, Madison Square Garden, once the new date has been confirmed.

Registration for the Pre-Sale and early access to tickets will remain open at the following link:https://willap.jp/p/acc_2374/Wrestle_Dynasty/ and if you have already registered, you don’t need to register again.

It has been a tough year so far for NJPW when it comes to cancelling events with all events up to June in Japan cancelled, and now the Wrestle Dynasty show in August. The company have vowed that in 2021 they will come back stronger than ever.

NJPW commented on their official website: “New Japan Pro-Wrestling remains extremely appreciative of all our great fans worldwide. While this postponement is unfortunate, the health and safety of wrestlers, staff, fans and society at large is our utmost priority.”

“New Japan wrestlers and staff are coming together under the NJPW Together project to continue to do what we can to bring content to fans on NJPW World, and we hope to be back in the ring in the near future.”