Previous:
The Greatest Money In The Bank Matches In History 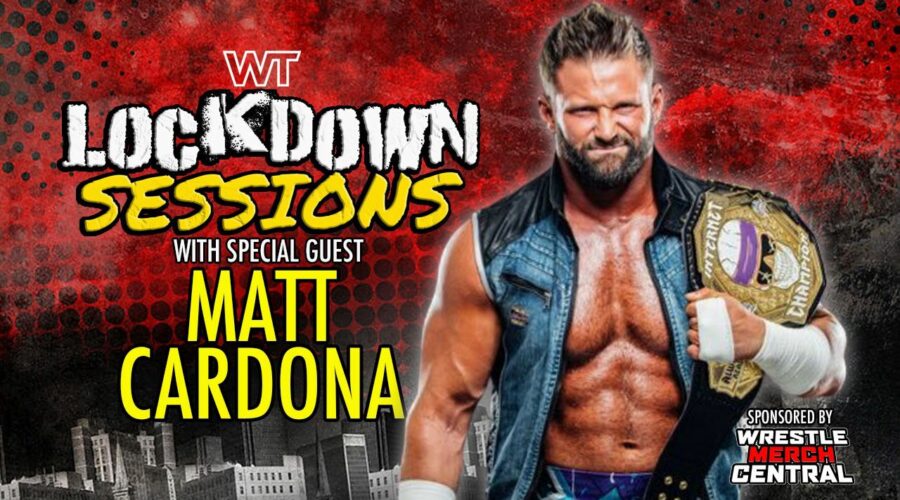 Next:
Raven Remembers Working With Louis Theroux And A Wild Two Weeks At Disney In Latest LockDown Session

When it comes to making a name for yourself, there are few wrestlers better versed than going out and getting yourself over than Matt Cardona – The Artist Formerly Known As Zack Ryder.

The Internet Champion was left to his own devices to begin Z! True Long Island Story back in 2011 when creative had nothing for him. It would end up relaunching his career, culminating in a main event storyline with John Cena and Kane the following year. He got hyped a few years later with Mojo Rawley, before securing his dream Intercontinental Title victory in front of almost 100,000 fans at WrestleMania 32 in Dallas, when he won a memorable multi-man ladder match.

Nowadays, after being released from WWE last year, after 14 years with the company, Cardona is reinventing himself once more, briefly turning up in AEW and then signing with Impact, while also becoming involved in a feud in GCW with Nick Gage of all people.

Cardona is suddenly one of the hottest properties in pro wrestling.

Which is precisely why we had him sit down with our very own Justin Clapper for this week’s LockDown Sessions.

As one of the hardest working wrestlers in the business, Cardona had a ton of great answers for JC’s questions and, as always, was on terrific form, talking about his new home in Impact Wrestling.

Notably, Cardona also looked ahead to Slammiversary, Impact’s much hyped, upcoming PPV, which will be the first major show the company has been able to run in front of a live audience since the Covid-19 pandemic began last March.

For a wrestler with such a natural camaraderie with live crowds, it’s easy to see why Cardona is so hyped for the show and a return to normalcy with fans once again being able to attend live events.

While Cardona is not currently booked on the show on 17th July in Nashville, he reveals he has been harassing booker Scott D’Amore for a match against former partner-turned rival Brian Myers, with the two already having faced off at Rebellion and No Surrender.

We hope you enjoy JC’s sit-down with the former IC Champ and, as always, we want to shout out Wrestle Merch Central for making this all possible, bringing you the LockDown Sessions live every week and hosting our immensely popular Wrestling Travel store. And, of course we want to thank Impact Wrestling, especially as their Impact Plus App is absolutely can’t miss, with thousands of hours of TNA and Impact history available at your fingertips for just $7.99 a month.