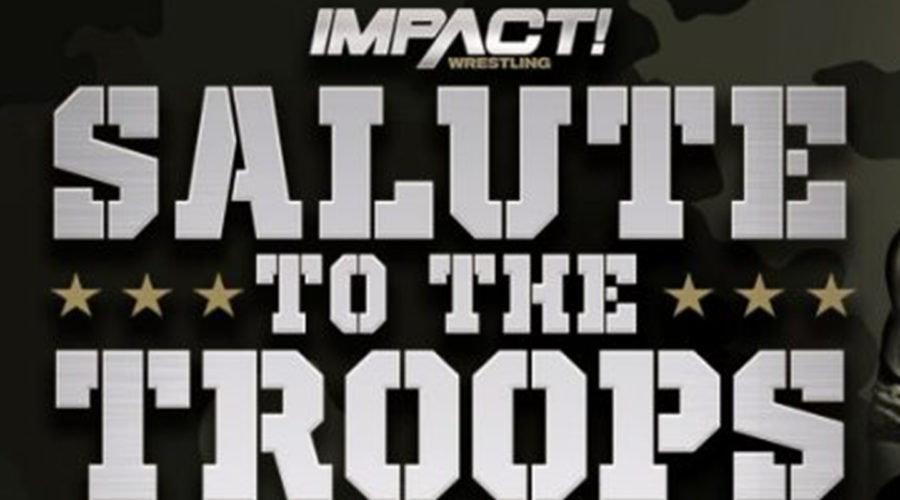 IMPACT Wrestling announced today that it has partnered with Tried-N-True Pro (TNT Pro) for Salute to the Troops, a live event on April 12 at Fort Campbell Army Post in Fort Campbell, Kentucky, free for all military personnel and their families.

Salute to the Troops will premiere exclusively on IMPACT Wrestling’s Twitch channel at Twitch.tv/impactwrestling on May 11 at 8:00 p.m. ET. The event, which will be held in collaboration with MWR (Morale, Welfare and Recreation) of Fort Campbell Army Installation, will be free to over 1,000 active military and their families. The show will begin on April 12 at 6:00 p.m. ET.

“We are proud to partner with TNT Pro and Fort Campbell Army Installation for this special event, as we honor our servicemen and women and their families,” said Ed Nordholm, president of IMPACT Wrestling. “We intend to provide a memorable evening of entertainment, serving as a well-deserved morale booster for these brave men and women.”

“As a United States Army Veteran, it has been my goal since Tried-N-True Pro’s inception in 2015 to bring live professional wrestling to the soldiers and families of Fort Campbell Army Installation,” said TNT Pro promoter and producer Anthony “Crimson” Mayweather. “Speaking from experience, I know that live entertainment is very important and can be a key factor in elevating morale within the soldier and their family members. It’s an honor to be able to provide that entertainment for these brave men and women. We are very proud and excited to forge a partnership with Fort Campbell MWR and IMPACT Wrestling to produce this special event.”