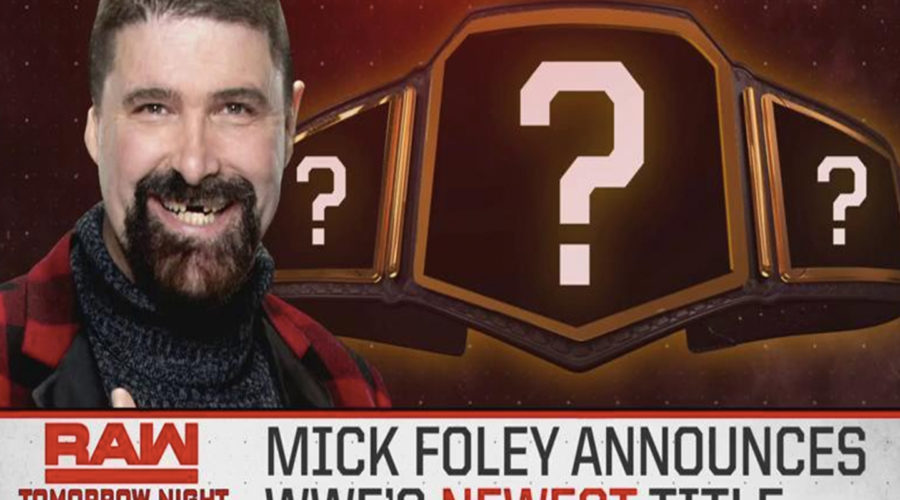 WWE has announced that they will be unveiling a new Championship on this week’s episode of Monday Night Raw from the Times Union Center in Albany, NY.

The company confirmed this news via a tweet from their Official account recently, announcing that WWE Hall Of Famer Mick Foley will be unveiling a brand new championship on Raw this week.

However, the choice of the WWE Legend to introduce the belt is very interesting as Foley is mostly known for his hardcore style of wrestling.

Picking him to unveil the belt has led many to believe that the company can bring back the Hardcore Championship or introduced a modern version of the same.

A new belt like that could help the mid-card, allowing WWE to build new storylines around the talents which are not main event caliber and often find themselves working meaningless filler matches on the show.

Though how effective a hardcore title will be in the current PG rating is something fans have been wondering about, and it’d be interesting to see if the company actually re-introduces the Hardcore Title on this week’s Raw as the speculations suggest.