Gear Up For Fans Returning With New Wrestling Travel Merch 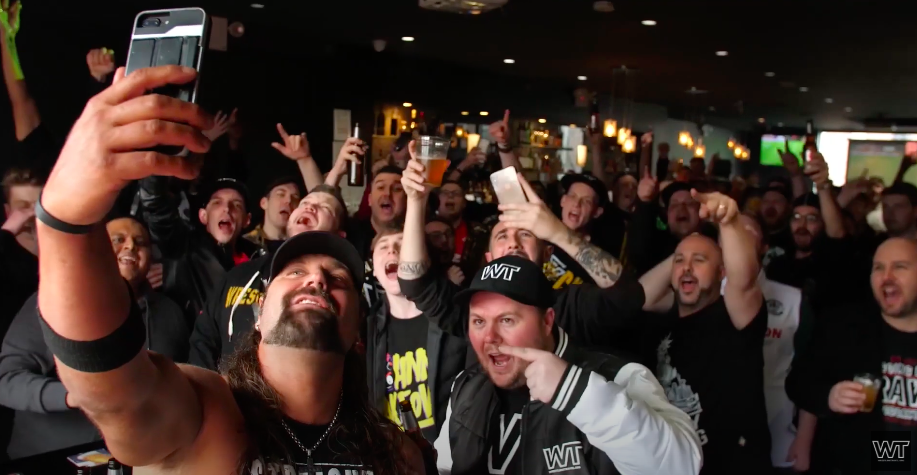 Next:
Classic WrestleMania 38 Packages Have Officially Sold Out

Wrestling fans returning to live shows is the news we’ve all been waiting for for well over a year now and, with AEW and WWE announcing a return to touring in July, many independent promotions are following suit by hosting their own, fan attended events this summer.

So with wall-to-wall live wrestling soon to be a reality once again after disappearing in February 2020, it’s probably time you invested in some new merch to rock up at all these shows in, isn’t it?

And luckily for you, the merch maestros over at Wrestle Merch Central have been busy populating WT’s official store over these past few Pandemic ridden months to ensure you can all drip incredibly hard when you return to ringside.

Just last week, the newest, most exciting piece in our shop Sonic Boomed into stock, hitting a huge Hadouken! on everyone, when WT’s Street Fighter themed tee was unleashed.

Available in a variety of colours, the retro video game’s beat ’em up nostalgia is a surefire winner, making you want to throw hands with Dhalsim, Blanka and M.Bison the second you put it on.

The Wrestling Travel Club apparel is a not so subtle nod towards everybody’s favourite New Japan club and is already flying off the shelves, so don’t leave it too much longer to snag this swag, as it’s not going to be popping up in Hot Topic any time soon…

On top of these new drops, we’ve also got all the classic WT merch in store, from tees to caps to hoodies to face masks and even mugs, towels and the much sought after varsity jackets.

We’re just as excited as you all are to be sitting ringside sometime very soon, spilling beer and woo’ing at every, single chop. It’s been far, far too long. So let’s all do it in style, eh? Hit up the official Wrestling Travel Store at Wrestle Merch Central and start planning your summer wardrobe accordingly.