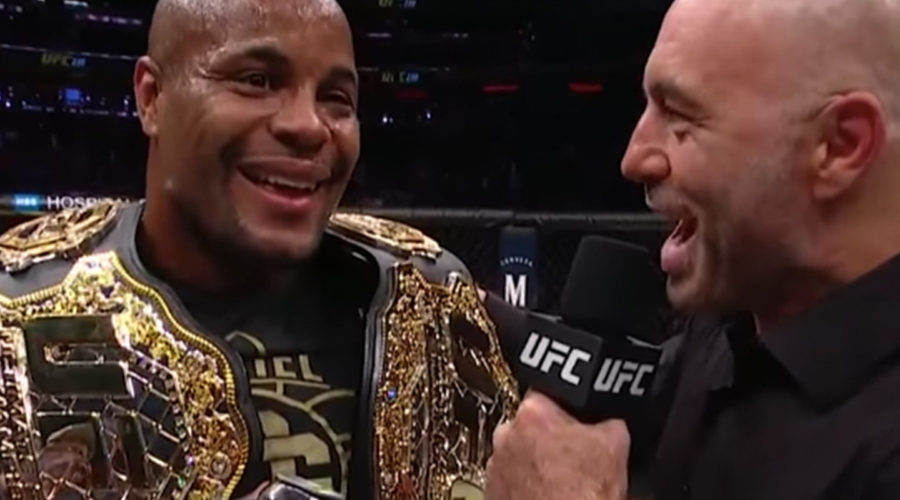 Two-division world champion Daniel Cormier cemented his position as one of the best pound-for-pound fighters by dominating Derrick Lewis at UFC 230.

His win in New York could set up a bout with Brock Lesnar, who has not competed inside the octagon for two years.

He submitted his man early in the second round via rear-naked choke.

It was arguably one of the most straightforward wins of the 39-year-old’s recent UFC career, as he extended his undefeated record as a heavyweight.

But Cormier acknowledged that he felt the challenger’s power during the contest and paid tribute to fan favourite Lewis, who came into the contest with the most knockouts in UFC heavyweight history.

“Everything he did had unbelievable power,” he said.

“What a guy Derrick Lewis is. I truly do appreciate him. It was an honour to share the octagon with him.”

One man who was at that level a few years ago is Lesnar. The WWE superstar won the UFC heavyweight title in remarkable fashion back in 2008 in only his fourth professional fight when he stopped UFC legend Randy Couture at UFC 91.

He lost his title to Cain Velasquez in his third defence, then retired from MMA after being stopped by Alistair Overeem in December 2011. A comeback at UFC 200 in the summer of 2016 saw him defeat Mark Hunt, only to have the result ruled a no-contest after it was found he had tested positive for the banned substance clomiphene. Now with his suspension served, the path is clear for Lesnar to return.

Cormier says he wants to retire on his 40th birthday on 20 March next year, but before he does, he hopes to face Lesnar in a dream bout that would earn him the biggest payday of his sporting career.

On Friday, Lesnar won the universal title in the scripted world of WWE, where he has performed for the majority of the past six years.

Addressing Lesnar down the camera lens with a big grin, Cormier said: “Brock Lesnar – when you come, bring that brand new WWE title so I feel like being a WWE champion, too. Let’s go.

“Bring that belt if you’re going to come to my house.”