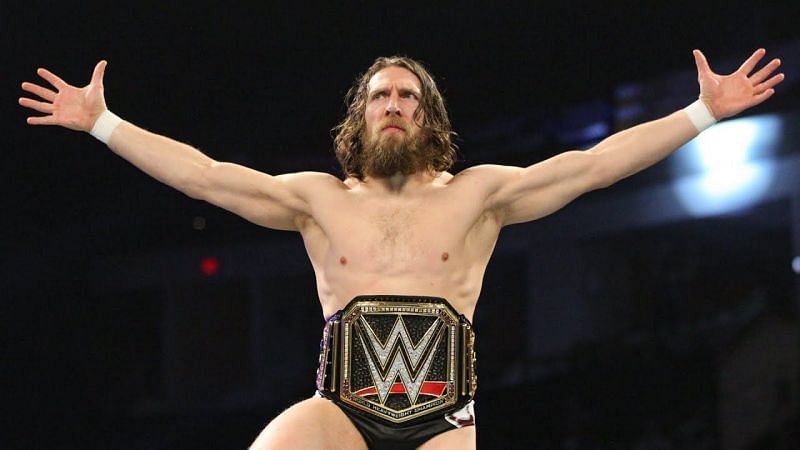 Next:
The WWE Landscape Suddenly Feels Very Different Post-Money In The Bank

So, it’s been quite a week for wrestling news, hasn’t it?

Just when you thought WWE had the monopoly on major returns for the week, with John Cena and Goldberg showing up on consecutive nights and rumours of The Rock, Brock Lesnar and Becky Lynch all waiting in the wings, along come AEW with two of the biggest signings of the year. Maybe the decade. Potentially, of course.

First of all, there was of course THAT CM Punk bombshell, dropped by Sean Ross Sapp of Fightful, suggesting that the Straight Edge Superstar was primed for a return to the squared circle after seven years away, only this time the former WWE Champion would be heading to Jacksonville, rather than Stamford.

On top of that, though, was the breaking news that Daniel Bryan, or Bryan ‘American Dragon’ Danielson as he’s known outside the WWE, has also signed a deal with Tony Khan’s promotion.

Bodyslam’s Cassidy Haynes originally reported the news of Danielson being ‘100% locked in’ to a deal with All Elite and now more information has come to light about when American Dragon will debut with the company.

“We were told that Danielson was wanting to work less dates for comparable money, he wanted the ability to be able to work in Japan, and wanted to have creative input on his character, all of which he got.

Additionally, we were told tentative plans creatively for Bryan Danielson’s AEW debut. As of the time of this writing (8:45 pm Wednesday, 7/21/21) the plan is for Bryan Danielson to make his AEW debut on September 22nd, when AEW heads to Arthur Ashe Stadium in New York City.”

Ticket sales for the show at Arthur Ashe Stadium have been very strong early on, with over 15,000 tickets being sold for the show in Queens, making it the biggest non-WWE show in the United States since 1999.

A Danielson debut would immediately make it a show for the ages.

It had earlier been reported that CM Punk’s debut with AEW will likely come in his hometown of Chicago at All Out, which takes place a few weeks earlier than Grand Slam.

What a year this is shaping up to be for All Elite.