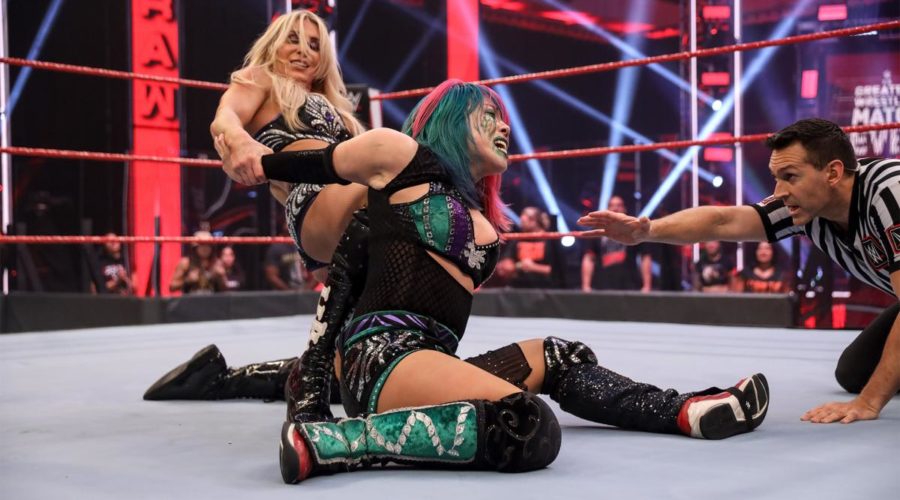 Following Charlotte’s loss to Asuka on Monday Night Raw for the Raw Women’s Title, Charlotte Flair was attacked by Nia Jax, which in storyline resulted in a ‘collarbone fracture’.

Reports are suggesting this has been intentionally done to write Charlotte out of storylines for the time being.

It is understood that Charlotte will be taking some time away from WWE for some personal time and also to undergo some surgery.

Reports are speculating that Charlotte is not expected to return to action until the end of this year in time for Royal Rumble/WrestleMania season.

Flair was recently NXT Women’s Champion, and has been appearing on Raw, SmackDown and NXT in the last few weeks.

Alex McCarthy of TalkSport advised “Sources have told talkSPORT that Flair will be taking an extended break from WWE. The 34-year-old has been a constant on the show for years now and she is going to be taking some personal time and having some surgery.”

“The idea is that she will return around Royal Rumble season next year, but if a good story pops up before then – around Survivor Series – she would be open to return later this year.”

We certainly look forward to seeing Charlotte Flair back in the ring in the near future!

⭐️ Wrestling Travel’s WrestleMania 37 VIP Travel Packages are on-sale NOW, and you could secure your place in Hollywood for just £199 per person, today! ⭐️
???????? UK/Ireland Packages
???????? US Packages