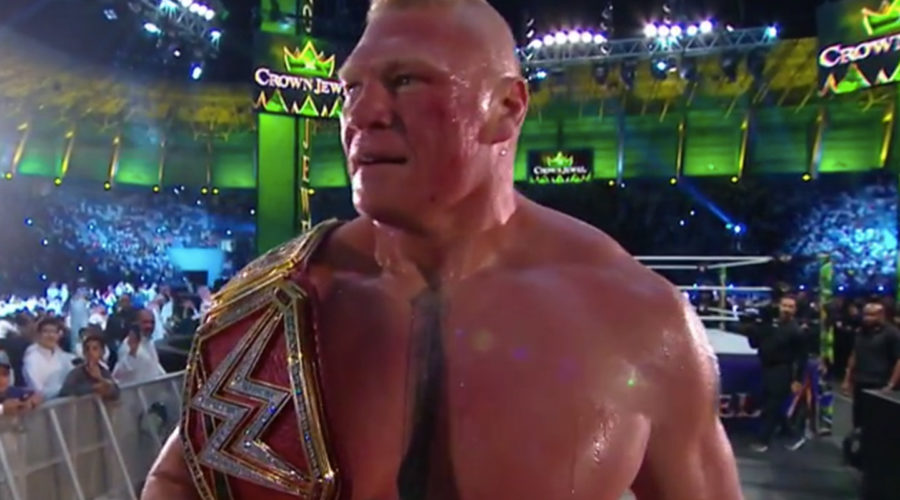 Brock Lesnar is once again the WWE Universal champion. What was originally expected to be a triple threat match, Lesnar ended up in a one-on-one showdown with Bruan Strowman to determine a new champion after Roman Reigns was forced to surrender the belt following the revelation that his battle with leukaemia was happening again after going into remission several years ago.

With Reigns out of the match, the WWE moved forward with a singles contest between Lesnar and Strowman.

Lesnar was crowned WWE Universal champion and then just a few moments later his next match was officially announced. All signs seemed to point towards Strowman finally ascending to the top of the WWE Raw roster with Lesnar expected to return to the UFC in early 2019 to compete for the heavyweight championship.

That plan may still very well happen but for now, Lesnar is champion again after a very short match with Strowman on Friday.

In a carbon copy to many of Lesnar’s most dominant victories in WWE, he landed several ‘F-5’s on Strowman including one where he tossed the behemoth outside the ring. Finally, Lesnar landed one final F-5 that put Strowman down and out.