StarrCast & All In team up with Wrestling Travel 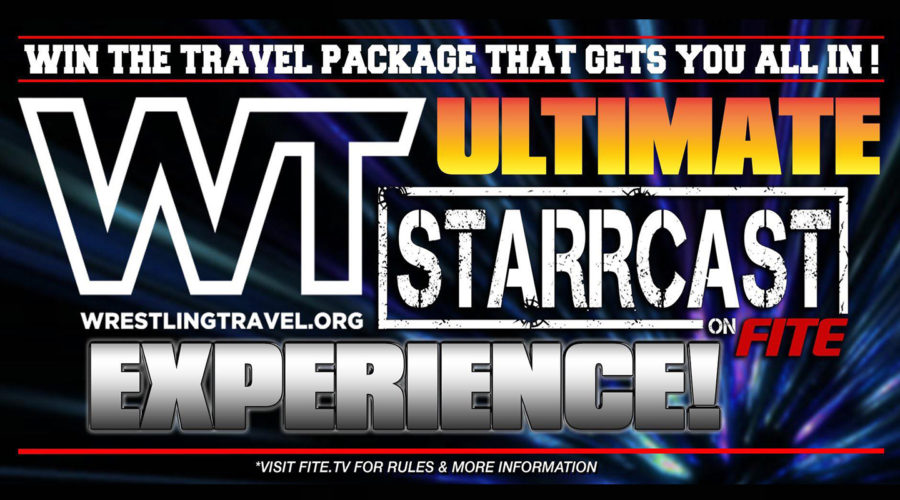 Next:
Wrestling Travel catches up with Jeff Jarrett

While WWE continues to illuminate the world of mainstream wrestling, Wrestling Travel have been confirmed as the travel sponsor for All In, one of the biggest independent non-WWE wrestling events of all time.

The rough and tumble terrain of wrestling entertainment is often affiliated with the bright lights of the WWE, a billion-dollar industry emblazoned with colourful characters such as the brooding Undertaker, lovable rogue Mankind to current reigning champion A.J. Styles. Yet despite years of signature moves, the champagne conveyor belt of bruising superstars is showing no signs of losing its fizz.

Since the birth of the franchise in 1952 (then known as World Wide Wrestling Federation), the popularity of the sport has muscled its way through almost decades of tumultuous turnbuckle tales, paving the way for breakaway wrestling corporations such as the WCW in 1988, as well as the ECW in 1992, a punishing product void of the rules of its mainstream counterparts.

Professional wrestling has gained a cult following throughout the world of global showbiz; while common assumptions remain that wrestling is a sport with the majority of its popularity exclusively exiled to the USA, though this couldn’t be further from the true, with a devoted hardcore fanbase based in locations such as Britain and Japan.

The unwavering devotion from the passionate support has prompted a meteoric rise in the number of independent wrestling events, including the forthcoming spectacle All In.

Produced by Cody Rhodes and The Young Bucks, Matt and Nick Jackson, All In has already cemented its place in the sports history as the biggest indie wrestling show of all time before the event has even took place. 10,000 tickets have been snapped up by ring rope fanatics in less than an hour, prompting organisers to triumphantly throw up the figurative middle-finger to cynics who doubted that the pipedream would ultimately come to fruition.

With a September date fixed firmly in the wrestling calendar and Chicago confirmed as the host city, wrestling fans can fully expect to be blown away by a wrestling extravaganza in the concrete jungle affectionately known as the Windy City.

A celebration of old-school conventions, independent wrestling represents a deviation from a sport doused in celebrity; while there are undoubtedly crossovers, events such as Starrcast and All In presents the opportunity to deviate from wrestling pencilled in for slots on Sky Sports.

Preceding event Starrcast is the perfect introduction for an event of such epic proportions and provides fans with a further incentive to embrace the magic of independent wrestling events.

You can purchase Starrcast & All In from our friends over at Fite TV – https://www.fite.tv/article/starrcast/