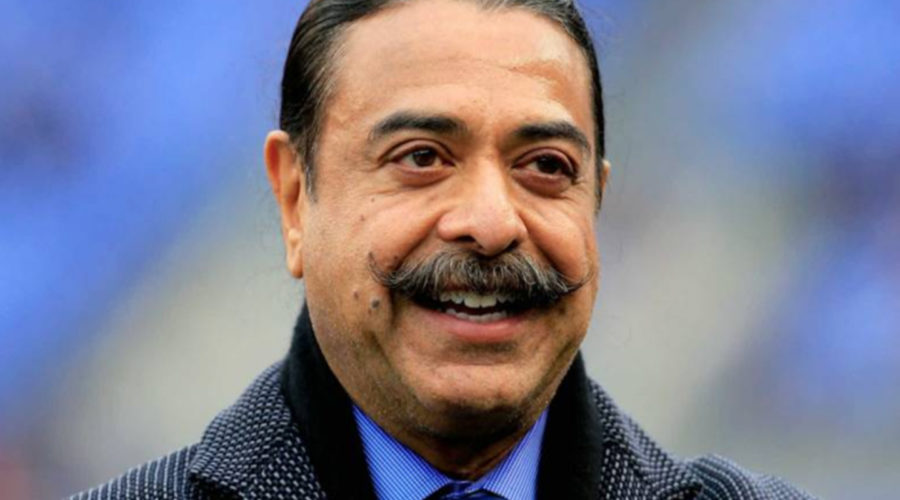 “I am the lead investor, a supporter and a backer of All Elite Wrestling, and I anticipate great things today and into the future for AEW and everyone who has worked passionately on this week’s launch,” said Shad Khan, the 68-year-old patriarch of the family. “I know AEW will be welcomed by wrestling fans here in the U.S. and throughout the world who are ready for something new and authentic. AEW will work hard to deliver on that promise.”

Khan then turned attention to his son’s role in the promotion:

“As important, I am the father – the proud father – of Tony Khan, who will serve in a leadership role at AEW during the 2019 launch and in the years ahead. Tony will assemble a great team to take AEW over the top, for the benefit of everyone who loves the wrestling industry, while continuing to serve in his current capacities with the Jaguars and Fulham.”

He also stated that AEW will not take away from his other work:

“AEW will operate as an organization completely independently from my other interests. It will not deter attention or divert resources from any of my businesses, teams, projects or investments. At the same time, AEW will enjoy the same full commitment I given to everything and everyone in my life – my family and friends, my business and, in recent years, to sports, hospitality and now entertainment.”

Khan continued to talk about the wrestling community.

“The wrestling community is a constant; its members are diverse, we are physically located on all corners of the planet, yet we are constantly connected. Recently, a new family has formed, bonded by love and respect for wrestling but armed with a vision and resources that have never before been available to the wrestling community. Our objective is to connect our community closer than ever before through All Elite Wrestling, or AEW.”

Tony Khan also pointed out his work with All Elite Wrestling won’t take away from his other obligations.

“AEW does not mean any less of a continued commitment to existing obligations and duties that I have, or my family has, to our business and sports interests. That will never be the case. What’s important is that every individual decision we make as a family, whether it’s ownership or investment in a team or property, is 100 per cent beneficial to those specific interests. I will always welcome that accountability and responsibility, as nothing is more important than serving our supporters and friends.

AEW will launch with a roster of the top wrestlers in the world. While they’ll clash in what will be some of the most intense and fast-paced contests ever sanctioned in the squared circle, they’ll also share a common goal: to make this the true golden age, to make this the greatest time ever to be a wrestling fan. Likewise, as a business, by treating our wrestlers with respect and warmth, we also seek to make this the golden age for the performers themselves.”

He then encouraged fans to watch.

“I urge everyone who believes in what we’re doing or wants to believe in dreams coming true, to support AEW by spreading the word and passing the wrestling bug onto someone else. My message: Get in on the ground floor with AEW today and help lead our movement to grow the wrestling community and ensure that the voices of the wrestling fans, their creative minds and their remarkable ideas, will always be heard.”