AEW: 16 Women Signed, Including Some Surprises 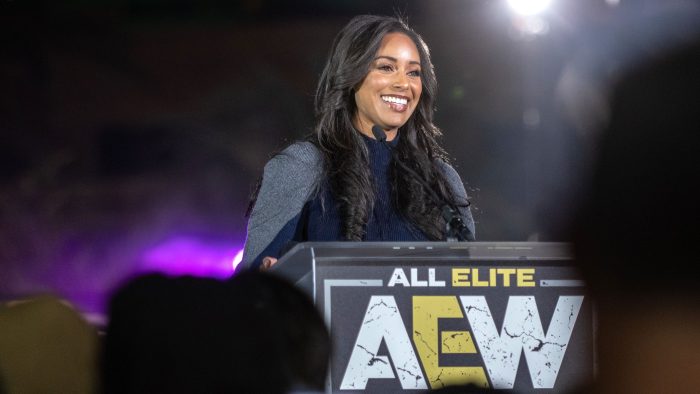 Next:
Edge set to step away from popular Podcast
Photo credit: All Elite Wrestling

The stars of All Elite Wrestling are doing the media rounds ahead of Wednesday’s AEW Dynamite premiere on TNT.

Chief Brand Officer Brandi Rhodes spoke with Scott Fishman of TVInsider this week about AEW’s plans to change the wrestling landscape, the importance of maintaining a healthy work-life balance, her in-ring training and more.

Rhodes spoke in-depth about the AEW women’s division, including her close relationship with Awesome Kong and her overall vision for the female roster. She says AEW has around 16 women under contract, including some surprises.

“You’re going to see in the first few weeks of TV a heavy focus on the familiar names,” said Rhodes. “There will probably be some you haven’t seen before, but they were actually signed for some period of time. So, it’s going to be new to you, but we’ve been planning to use them for a long time.”

“I was really excited for and impressed with a lot of the girls,” Rhodes said of the Casino Battle Royal match. “I think the fans were too. Just wait and see. You will probably see some of those involved in there again.”

Head over to TVInsider.com to read Scott Fishman’s complete interview with Brandi Rhodes.