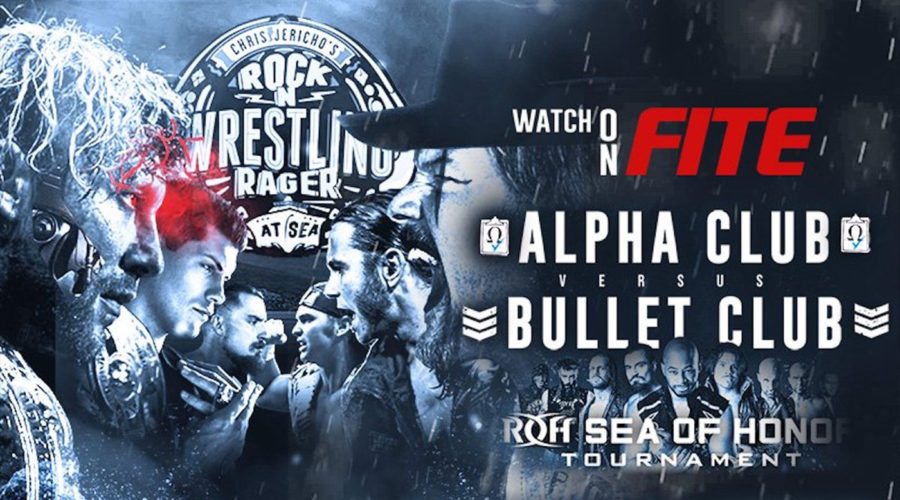 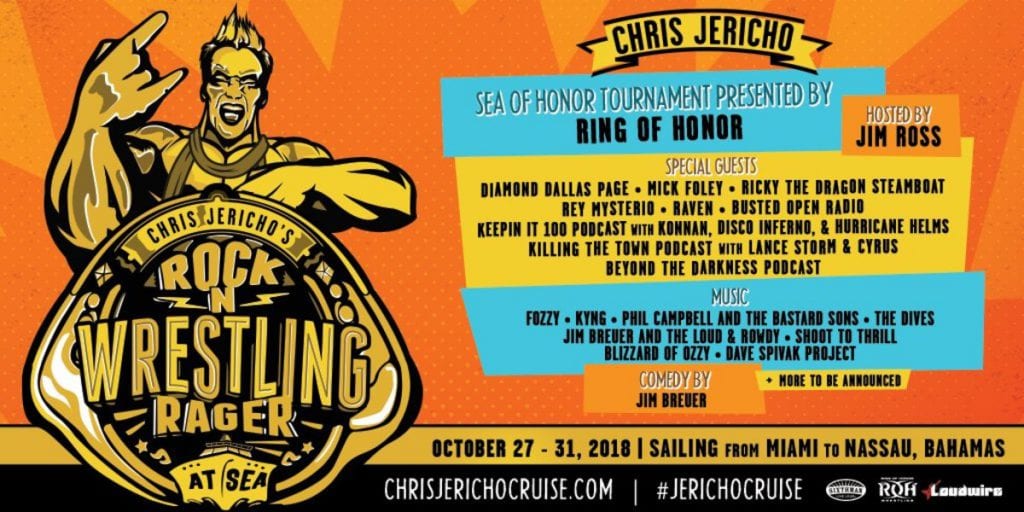 ATLANTA, GA – Two weeks from setting sail on the inaugural voyage of his groundbreaking “Rock ‘N’ Wrestling Rager At Sea,” 6 Time WWE Champion and Fozzy front man Chris Jericho has announced that the premier matches on the cruise will be streamed in a FITE TV special called “Streaming for Vengeance” on November 3 at 8pm, just days after the cruise returns to Miami from its roundtrip trip to Nassau, Bahamas.

“Ever since we announced Chris Jericho’s Rock N Wrestling Rager At Sea, everybody who couldn’t make it onboard the cruise have been asking me if we are streaming the event,” says Jericho. “Now, after months of pondering, planning and probing, I can proudly say the answer is YES!! Preorder “Streaming for Vengeance” now to see the biggest main event of the year, The ALPHA CLUB vs The BULLET CLUB, and the entire Sea Of Honor Tournament on FITE TV! Stream it in, Maaan!”